Another stadium for the 2022 FIFA World Cup Qatar, we get to know it closely as part of our tour of the stadiums that will host the tournament next winter.

The inauguration of Al Thumama Stadium coincided with the 49th edition of the Amir Cup Final on Friday, October 22, 2021. The match, dear to the hearts of all Qataris, was an occasion worthy of inaugurating a stadium that celebrates the local culture.

Al Thumama Stadium is located 12 kilometers south of Doha's city center and will host the FIFA World Cup Qatar 2022 matches from the group stage to the quarter-final stage.

The stadium’s bold, circular form reflects the gahfiya cap – a traditional woven cap adorned by men and boys all across the Middle East for centuries. It is a beloved part of Arab family culture that symbolises dignity and independence – marking every young boy's path to adulthood.

In symbolizing Qatar's youth, Al Thumama Stadium also points to the country's emergence as a major player on the global sporting scene.

The capacity of the stadium will be reduced in the post-tournament legacy stage enough to meet the requirements of Qatari sport, and to provide high-quality sports infrastructure for developing countries, as 20,000 seats will be donated to develop sports projects in different parts of the world, and the stadium will use its new capacity to host Football matches and other sporting events. In addition, the facility will house a branch of the world-renowned Aspetar Hospital, and a small modern hotel will replace the stadium's upper stands. Al Thumama Stadium imposes its presence amidst lush green spaces. The area around the stadium provides places to play and relax for the community to take advantage of before and after the tournament.

In May 2018, the stadium was awarded the MIBIM Award for Future Architecture Projects in the Sports Facilities and Stadiums category.

The design for Al Thumama Stadium, created by Qatari architect Ibrahim Al Jaidah, was first revealed in August 2017 when a mock-up of the stadium was unveiled at Hamad International Airport.

In November 2018, more than 80% of the concrete structure of Al Thumama Stadium was completed. Work was also in progress to complete the steel structure in the upper part as scheduled. 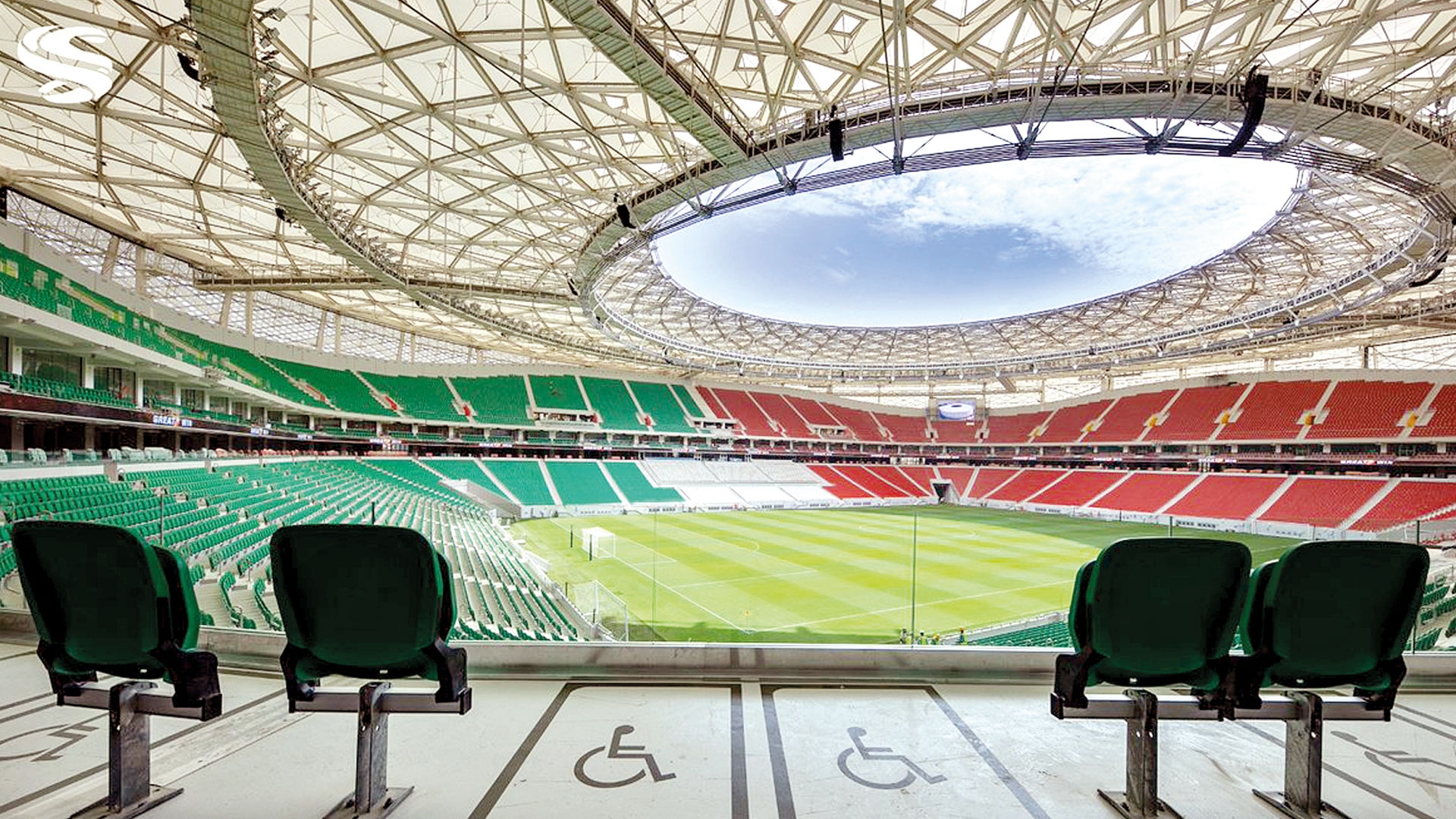 The area around Al Thumama Stadium was used during Qatar’s bid to host the FIFA World Cup 2022, as a site for a revolutionary miniature football stadium. Then. This achievement was a great success for the entire Arab world, as it demonstrated the region's keenness to confront and overcome challenges.

The miniature model is still remaining, to demonstrate Qatar's ability to use innovative sustainable technologies to benefit from solar energy in stadium cooling. Building on the main idea behind the micro-model when it was built, Qatar’s commitment to hosting an environmentally friendly FIFA World Cup 2022 will remain clear. By shortening travel distances and travel times between stadiums, the carbon footprint of the FIFA World Cup Qatar 2022 will be lower than most editions.