One of the eight stadiums that will host the World Cup in Qatar next winter is Al Janoub Stadium.

Al Janoub Stadium opened its doors for the first time on May 16, 2019, hosting the Amir Cup Final. The stadium is located in the southern city of Al Wakrah, and has a capacity of 40,000 seats. 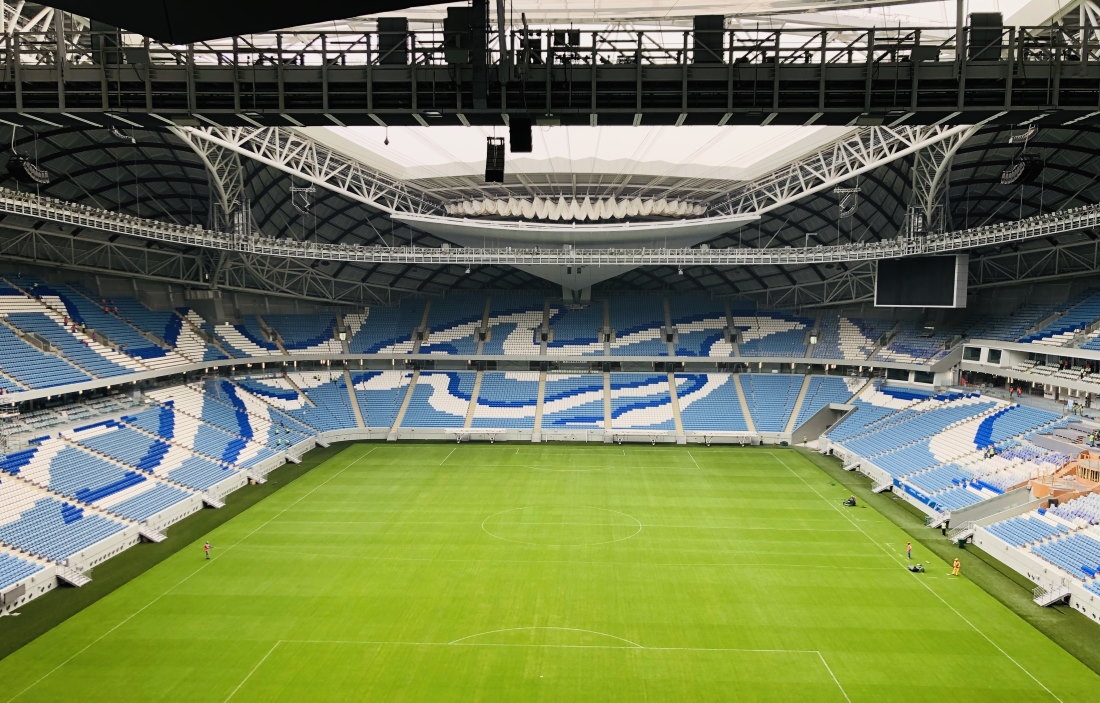 The city of Al Wakrah is one of the oldest areas in Qatar that is still inhabited. It was known throughout history as a center for fishing and searching for pearls, where its people were skilled in sailing on board, the traditional boats that inspired the design of the Al Janoub Stadium, which is derived from its sails. The match, which was held on the grounds of the stadium on the occasion of its inauguration, was preceded by a spectacular celebration, which revived the heritage of the city of Al Wakrah and the memory of the late architect Zaha Hadid, who provided the distinctive design of the stadium with its bold and modern shape that is open to the future.

The 2019 Emir Cup final witnessed a decisive match that ended with the historic victory of Al-Duhail Sports Club - which plays in the Qatar Stars League - over Al-Sadd Sports Club, during which fans were able to live the spectacular atmosphere of the matches that will be held at this stadium within the FIFA World Cup Qatar 2022. The stadium seats were filled with fans in December 2019 to attend the semi-finals of the Arab Gulf Cup in its twenty-fourth edition, in which the Qatari team scored a victory over the Saudi national team. Al Janoub Stadium continues to capture the attention of its football fans, impressing them with its elegant appearance and wonderful ground. Fans and visitors can enjoy many activities around Al Wakrah Stadium before and after matches, such as taking a stroll along the waterfront, buying some special local goods from the market, or wandering around the museum to discover the region's rich history.

The fun and interest are not limited to visitors to this place from all over the world, but the people of Al-Wakra also benefit from the new facilities surrounding Al Janoub Stadium, including a school, a wedding hall, cycling, and jogging tracks, horse riding, restaurants, shops, fitness clubs, and parks, to spread the long-term benefit of this project to everyone. This project contributes to the further cohesion of this inherently cohesive community.

Following the end of the FIFA World Cup Qatar 2022, Al Janoub Stadium will become the new sports and entertainment center in southern Qatar. The stadium’s capacity will be reduced to 20,000, ensuring that the excitement continues, while the remaining 20,000 seats will be donated to football development projects around the world, once again demonstrating Al Wakrah’s innovative and interconnected nature to communicate with everyone, no matter the distance.