The Uncrowned Champion: Netherlands in The World Cup Part 1

"Orange", "Total-Football Team", and "Dutch Mill"; all those nicknames were given to the Netherlands national team, which has an honorable history in the World Cup tournaments, as it reached the final three times in 1974, 1978, 2010.

It also introduced another generation of greats such as Ruud van Nistelrooy, Wesley Schneider, Arjen Robben, and Van Persie. The sports world knew the style of team play, which is called the total ball in 1970, this new concept depends on all players in the case of attack and defense so that everyone defends and everyone attacks.

The Dutch national team participated in the World Cup 10 times, and came second three times, as we mentioned, and it was the beginning of the impressive results in the 1974 World Cup.

The tenth tournament in the history of the FIFA World Cup, hosted by West Germany from June 13 to July 7.

The tournament witnessed many changes, one of which was the introduction of a new cup for the tournament, after the Brazilian football team owned the Jules Rimet Cup in 1970. The International Football Association chose Italian artist Silvio Gazzaniga for the honor of creating the new cup, which was called the FIFA Cup.

The draw placed the Netherlands in Group C along with Sweden, Bulgaria, and Uruguay. 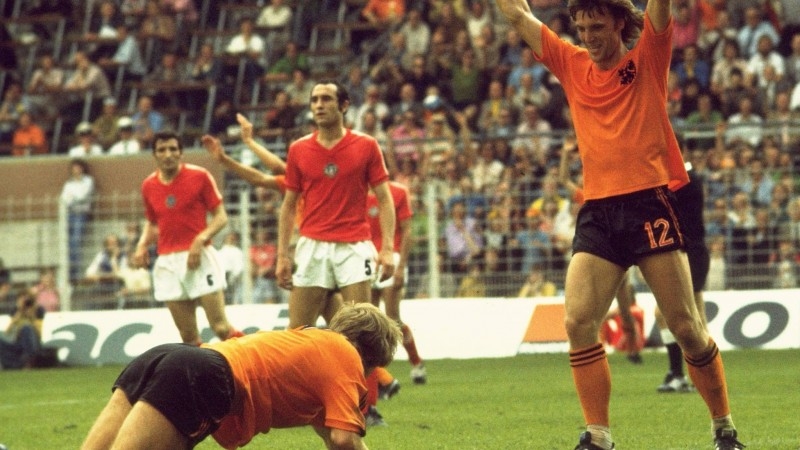 The Dutch teams were able to qualify for the second round as the leader of the group, with two wins and a draw. 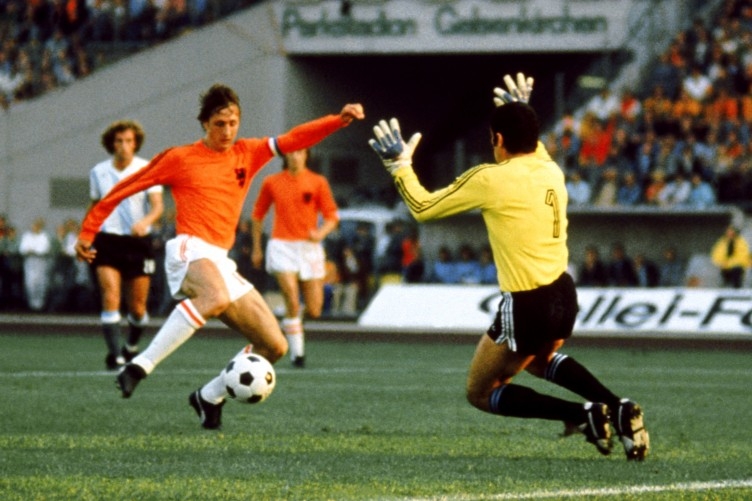 In the second round, the Netherlands was placed in Group A along with Brazil, East Germany, and Argentina. The Dutch team also managed to top the group after defeating the three teams without conceding any goal.

Thus, the Netherlands qualified for the final against West Germany.

The 1974 FIFA World Cup Final was held at the Olympic Stadium in Munich, West Germany, in front of 75,000 spectators. 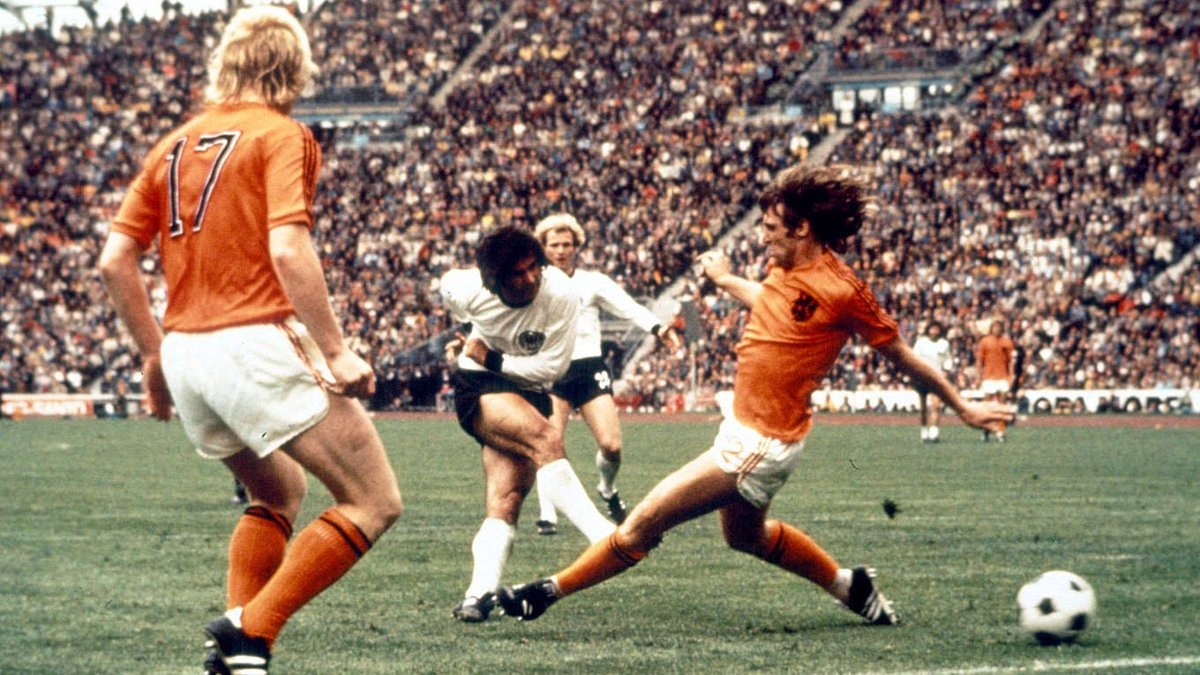 The Dutch opened the scoring in the second minute through a penalty kick successfully executed by Johan Neeskens, then the Germans equalized the result from a penalty kick executed by Paul Breitner before Gerd Muller scored the second goal at the end of the first half, the German team managed to maintain the result until the end of the match,  thus West Germany won the World Cup for the second time in its history after the 1954 FIFA World Cup. 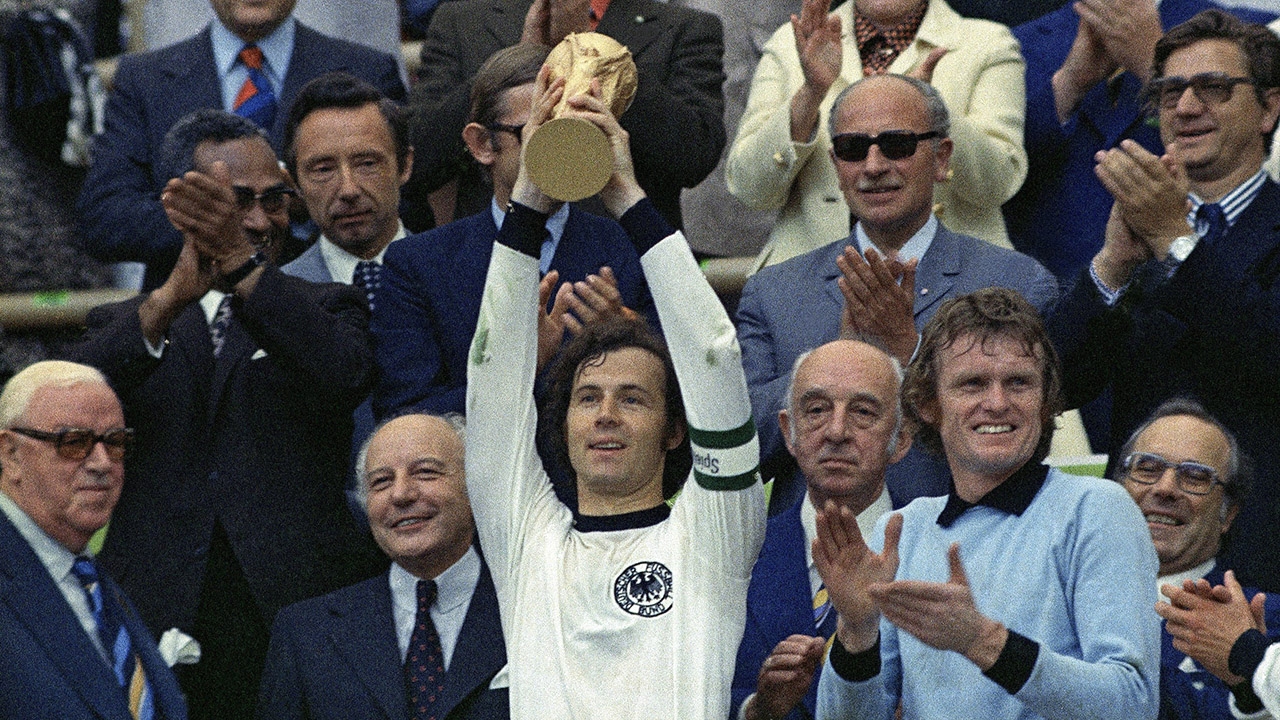