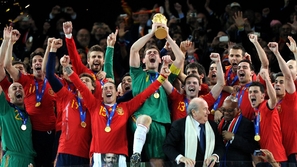 We continue our story about the Spain national team in the 2010 World Cup hosted by South Africa, and we reach the quarterfinals.

In the quarter-final match, Spain faced Paraguay, on July 3, 2010, at Alice Park in Johannesburg.  Spain represents the following squad in that match:

The match started, with Spanish possession and complete control, Spain missed many opportunities, and the net remained silent, until the 83rd minute when striker David Villa scored the first goal for La Roja. 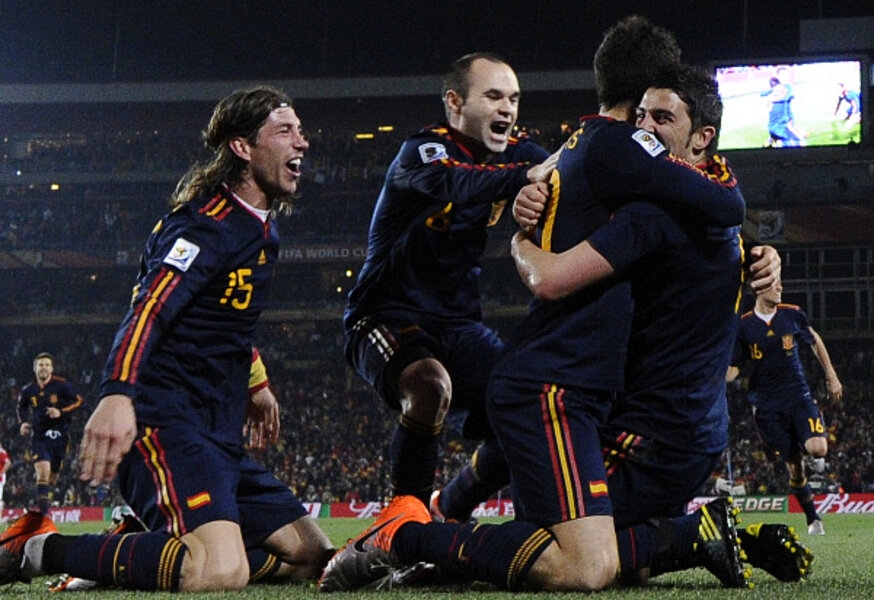 Which is the goal that decided the match and put Spain in the semi-finals.

In the semi-final match, the Spanish national team faced its German counterpart, on July 7, 2010, at Moses Mapeda Stadium in Durban.

In that match, the Spanish national team represented the following squad:

The German national team lineup was as follows:

The first half of the match passed quietly, punctuated by some chances, and we waited until the 58th minute to see the first real chance when Iniesta dribbled the German defense and played a cross ball that needed a touch to enter the empty net, David Villa (who scored 5 goals in the tournament) was unable to catch the ball. 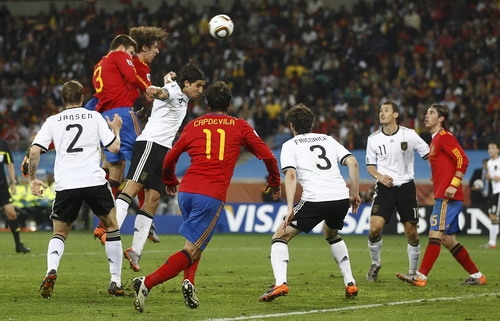 And in the 73rd minute, Xavi Hernandez took the corner kick and raised a cross at the head of defender Carles Puyol, who fired a very strong shot past goalkeeper Manuel Neuer, bringing the score 1-0 in favor of Spain.

Germany did not show any real reaction, and Spain wasted time with possession of the ball.

Thus, the match ended with Spain winning 1-0 and qualifying for the final for the first time in its history.

In the final match of the World Cup 2010, Spain faced the Netherlands on July 11, at the Soccer City stadium in the South African capital, Johannesburg.

At 8:30 South African time, the famous English international referee Howard Webb blew his whistle, announcing the start of the match.

In the 4th minute, then-Real Madrid defender Sergio Ramos almost opened the scoring for his country, with a perfect header, but the Netherlands goalkeeper Martin Steklimberg saved the ball.

In the last minute of the first half, and in his own way, Arjen Robben hit a strong ball, but goalkeeper Iker Casillas dealt with it successfully.

In the 61st minute, Arjen Robben took off and faced goalkeeper Iker Casillas in complete isolation, but the Real Madrid goalkeeper at the time starred and saved the ball. 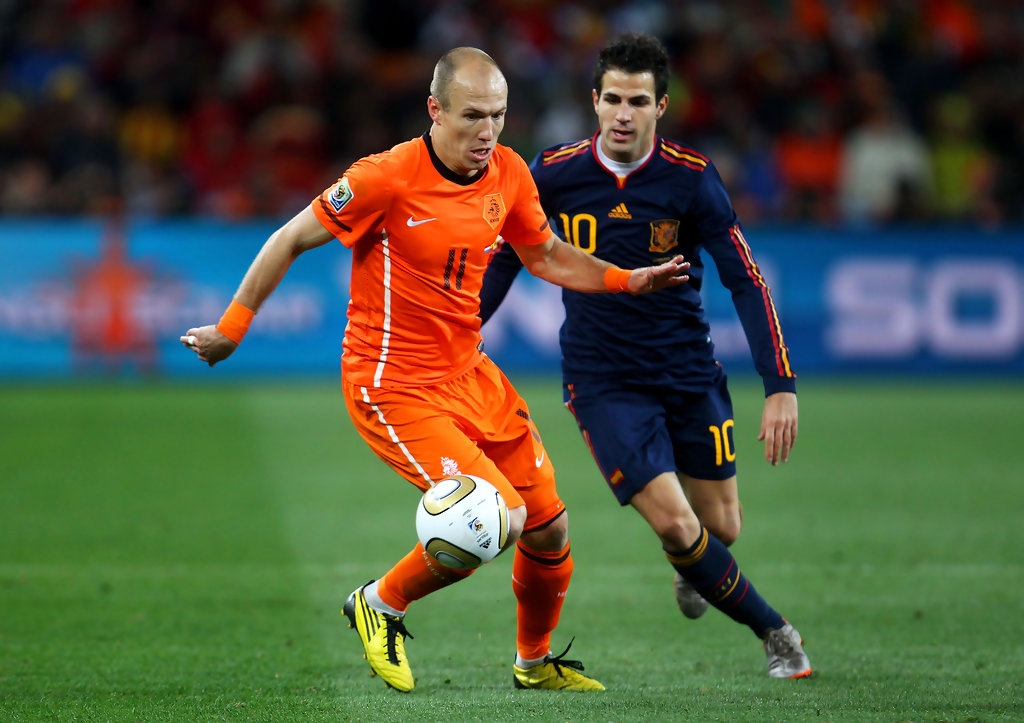 In the 69th minute, substitute Jesus Navas dribbled the defenses of the Netherlands and sent a cross that reached David Villa in front of the goal, but he missed it strangely.

In the 82nd minute, Robben was alone again with the goalkeeper, but Casillas saved again. 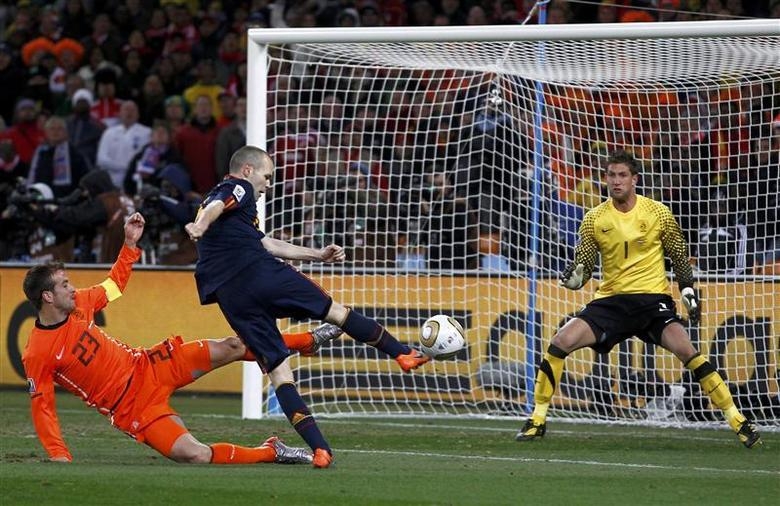 And in the 115th minute, Andreas Iniesta scored the winning goal for his country, and thus Spain won the match and won the first title in the history of the World Cup.