Memorable Players in The History of The World Cup: Diego Forlan

Diego Forlan is a former Uruguayan footballer, twice winner of the Pichichi award (the top scorer in La Liga) and the European Golden Boot (as the top scorer in the five major European leagues), as well as the Golden Ball presented by FIFA as the best player in the 2010 World Cup.

Forlan descends from an athletic family of footballers, his father, Pablo Forlan, played for Sao Paulo between 1970 and 1975, and for the Uruguay national team in the 1966 FIFA World Cup and the 1974 FIFA World Cup.

Forlan played for Independiente of Argentina between 1997 and 2002. He then played for Manchester United between 2002 and 2004.

And Villarreal, Spain, between 2002 and 2007, where Forlan excelled and presented his best levels. 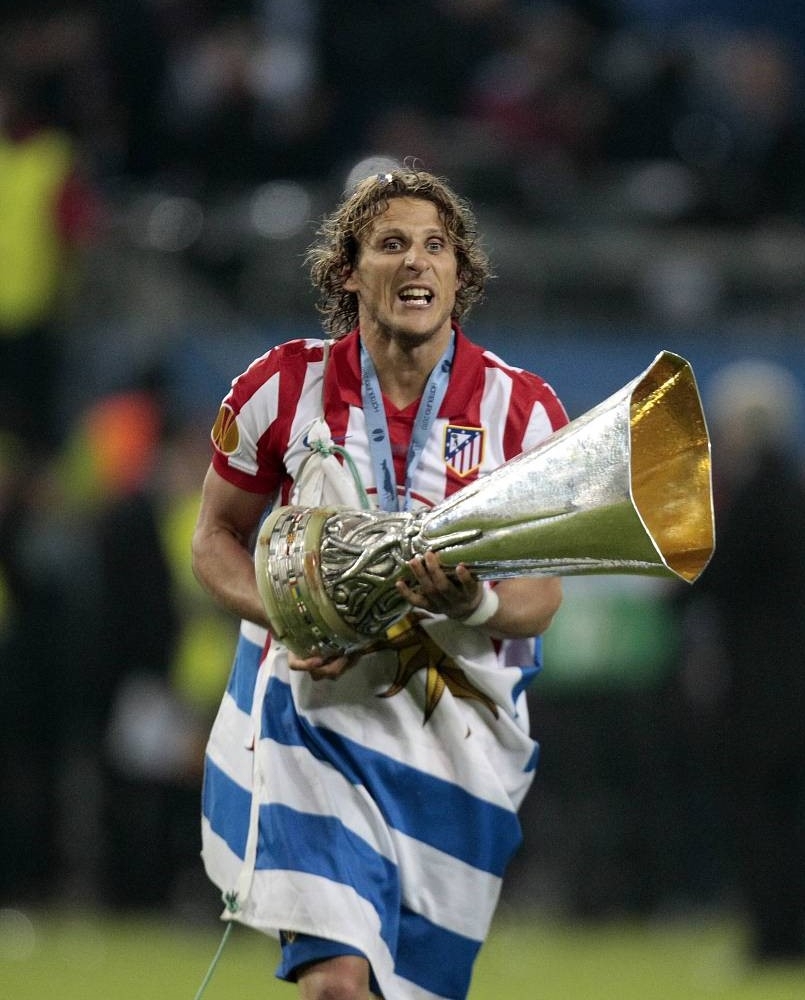 And Atletico Madrid between 2007 and 2011, where he won the top scorer award in the Spanish League and won the European League and European Super Cup.

After that, he moved to the Italian club Inter Milan and played for it in the 2011-2012 season, before moving to the Brazilian team "Internacional”, which he played for between 2012 and 2014.

He spent the end of his football career in several clubs such as Cerezo Osaka of Japan, Penarol (his youth club), Mumbai City Club in India, and Kishi Club in Hong Kong.

His first goal with his country was against Saudi Arabia on March 27, 2002, in a friendly match hosted by Mohammed bin Fahd Stadium in Dammam.

At the level of the World Cup, Diego Forlan scored his first goal in 2002 against Senegal in the group stage, the match that ended 3-3, where Uruguay was eliminated in the first round at the time. 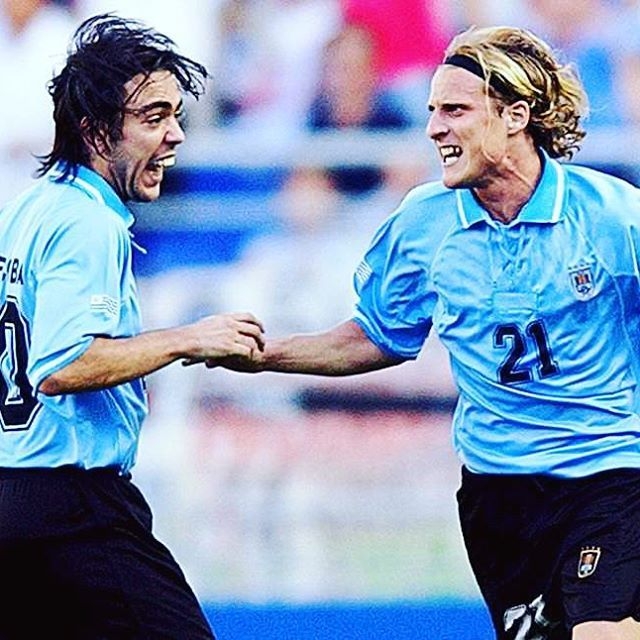 Uruguay did not qualify for the 2006 World Cup, so Forlan missed the tournament, but he came back strong when he reached the age of 31 in the 2010 World Cup and played a World Cup in memory.

On June 16, 2010, during Uruguay's Group B match in the 2010 FIFA World Cup against South Africa, Forlan opened the scoring after a great effort, scored another goal from a penalty kick, and had the upper hand in helping his teammates with the third goal. 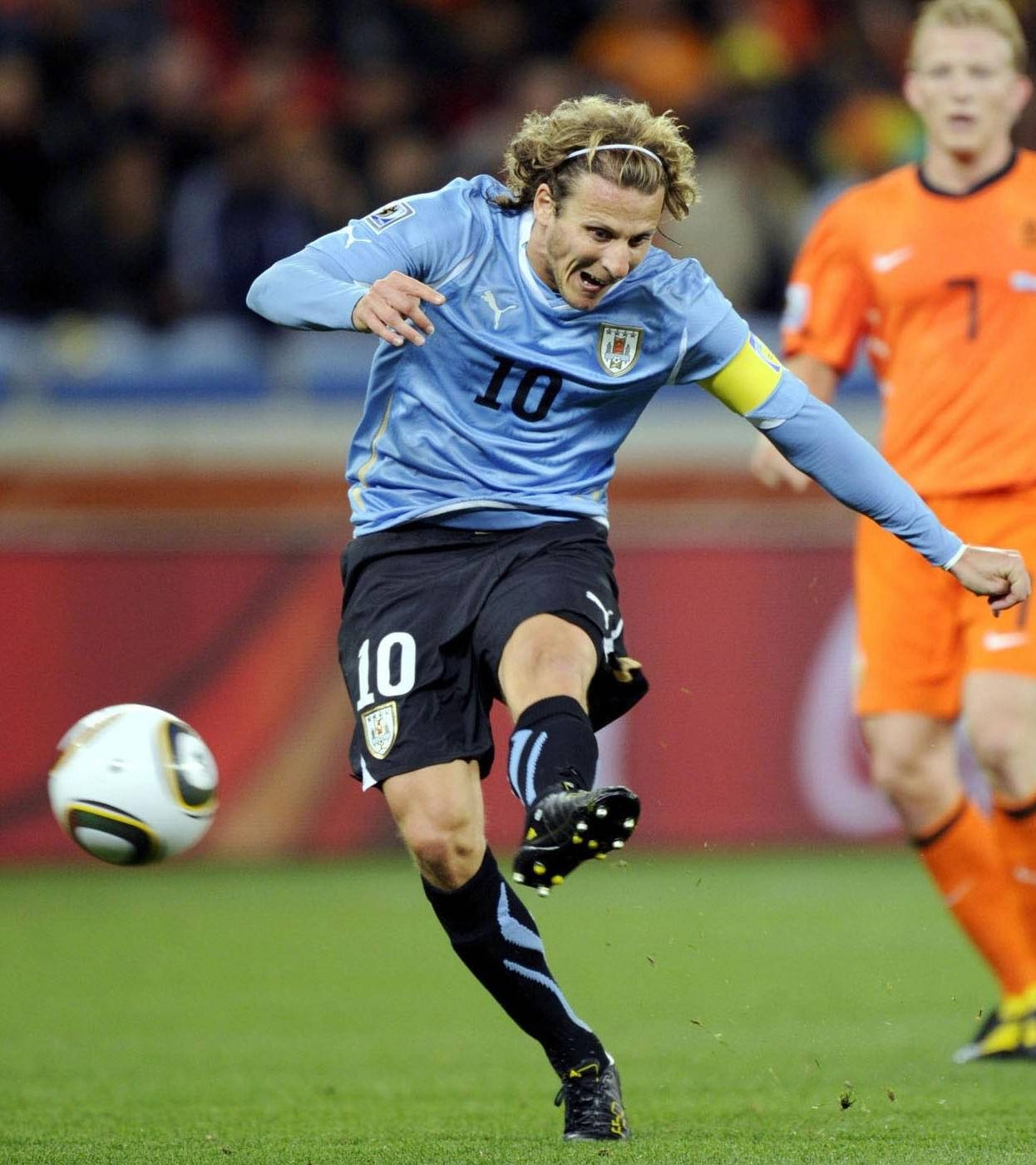 On July 2, 2010, Forlan scored a free kick in a superb manner against Ghana which is the equalizer for his team in the quarterfinals, the match ended 1-1, and Uruguay managed to reach the semi-finals after beating Ghana 4-2 in penalties.

On July 6, 2010, Forlan scored another goal from a distance, this time with his left foot, and equalized for his team against the Netherlands in the semi-finals to score his first goal against a non-African team in the World Cup tournaments, although the first half of the match ended in a draw 1 -1, Uruguay eventually lost 3-2, and the Netherlands managed to reach the final.

Thus, Forlan became the first player since Lothar Matthews in 1990 to score three goals from outside the penalty area in a single tournament.

In the match to determine third place, Forlan scored for the last time in the tournament, where he scored a goal with a well-executed shot from the edge of the penalty area to put his team in front against Germany after they were behind by a goal, but the Germans managed to score two more goals, and then hit a wonderful shot that hit the crossbar At the last minute of the match, with a direct free kick, Germany won 3-2 and took third place in this match.