At this year's World Cup, Qatar's brilliant orchestra will create a significant impression by giving a breathtaking outdoor concert.

The Qatar Philharmonic Orchestra (QPO) will play at outdoor locations throughout Doha during the FIFA World Cup Qatar 2022, including the FIFA Fan Zones, Corniche, Oxygen Park, and Katara Amphitheater.

Kurt Meister, the executive director of QPO, said on Saturday that a total of eight to ten concerts will be conducted outside and that attendees can expect to hear popular football tracks from all over the world, Gulf folk songs, music with an Arab theme, and orchestrated works. 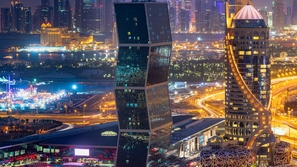 To welcome the football guests, he stated, "we will have smaller groups in the fan zones with the brass section or with the string sections."

"We have arranged for well-known songs as well as the most popular football songs from other countries."

In less than 70 days, locals and guests attending the World Cup will be able to enjoy and take in "traditional folk music in orchestral style" at upcoming concerts, he added. Over 1.2 million guests from all over the world are anticipated in Qatar throughout the event in November and December.

In preparation for the 2022 FIFA World Cup, the QPO booked a number of performances, including this month's concerts:

On September 14, the band will perform The Philharmonic at the Library: Schubert Octet, the opening performance of the series. Eight additional members will join for this performance.

On September 23, a performance of Mozart's Piano Concerto No. 20 will also take place in the theater at Hamilton International School.

The Piano Concerto in D Minor, which is also his stormiest concerto, is one of Mozart's few works in a minor key. The first of six superb pieces for piano and orchestra that were composed between 1785 and 1786, it was performed in 1785. 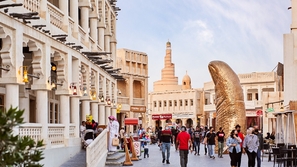 Last year, we orchestrated even the most well-known football tunes from several countries. That style of music is what we would create. Our goal is to showcase music with an Arab theme, and we are now working on new works for QPO," he continued. From 10 am to 12 pm (during the eagerly anticipated event in Qatar), we will be quite busy.