The World Cup FIFA Qatar 2022, which is scheduled to take place in November, is being hailed by both the host country Qatar, and FIFA as the first World Cup to ever be carbon neutral.

In an effort to promote environmental sustainability in the run-up to this year's FIFA World CupTM, the Supreme Committee for Delivery & Legacy (SC), in conjunction with FIFA and the FIFA World Cup Qatar 2022 LLC, operated a special project during the competition. The Ministry of Municipality, the Ministry of Environment and Climate Change, and regional contractors all sponsored the project. 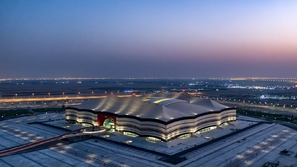 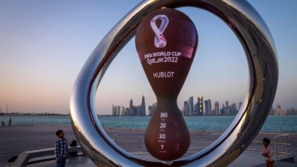 Read More: What You Need To Know About for the World Cup in Qatar 2022

The endeavor was aided by the use of recyclable items in catering and logistics, the avoidance of waste-producing materials, and sustainable buying techniques.

At Al Bayt Stadium, 70% of the waste generated during the FIFA Arab Cup was effectively recycled, and none of it was dumped in a landfill.

Authorities indicated that the Ministry of Municipality plans to segregate 60% of all garbage produced during the World Cup for recycling, repurposing, and other uses rather than being disposed of in a landfill.

This is in keeping with Qatar's promise to reduce emissions in order to host the first FIFA World Cup that is carbon neutral.

Director of Waste Management and Recycling Department at the Ministry of Municipality, Hamad Al Bahr, stated, "Shouldering significant duty towards the mega athletic event, we have targeted that 60% of total wastes must be sorted out."

Sorting trash is essential to increasing the amount of garbage recycled and the quality of recovered items. According to the director, everyone has a role to play in effectively sorting rubbish, from small amounts of waste generated at home to significant amounts generated by businesses.

He asserted in an interview with Qatar TV that sorting out 60% of rubbish was significantly more than what was done at the previous World Cup.

"The target is challenging. So that we could accomplish the goal, we assembled a whole team. We set a new aim to convert the remaining 40% of wastes into energy," said Al Bahr, saying that specialized teams have been established to carry out these objectives.

Al Bahr asserts that several offers have been released to involve the private sector. To support the FIFA World Cup Qatar 2022, the proposals call for, among other things, the delivery of trash cans, cleaning personnel, and mobile waste transfer stations.

"We have the largest waste management facility in the Middle East. During the 2021 FIFA Arab Cup, we received some solid experience that gives us a solid foundation on which to move forward with our goals, according to Al Bahr.

Consumers are urged to "dispose of their waste responsibly" as the municipality has provided two different types of waste containers—green and grey—to collect recyclable and non-recyclable wastes separately.