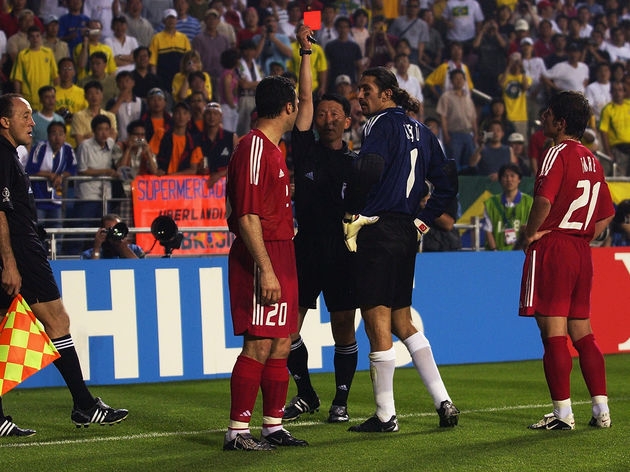 No one will forget Rivaldo's behavior in the match between Turkey and Brazil in the 2002 World Cup when he was deliberately wasting time by delaying in getting the ball to take a corner kick. Hakan Unsal, returned it to him with some force, The ball hit his leg and he fell to the ground holding his face in a clear acting scene, the South Korean referee, Kim Young-Ju, ended it by showing the red card against Unsal.

After the ridiculous fall of Rivaldo, a group of no less funny statements came from all sides of the incident, starting with Rivaldo, who clearly stated that he did not regret acting, and even after FIFA imposed a fine of 7000 pounds on him, and the matter escalated in his defense, and he said: « I was delighted to see the red card, skilled players must have the opportunity to express themselves, if we want football to remain a beautiful game, matches are now characterized by a lot of violence, and it does not matter if the ball hits my leg or my head, only the intent that matters.” “The ball did not hit my head, but this spirit should not prevail in the World Cup, he deserved the red card.

As for the President of the Turkish Federation, he spoke in a completely different context: “The referee has killed seventy million Turkish citizens. We sacrificed a thousand Turkish soldiers in the defense of South Korea in its war against North Korea.

We love the Koreans, but this man is not fit as a referee.”

"I don't agree with what Hakan Unsal did, but Rivaldo grabbed his head as if he had a brain hemorrhage."

Luiz Scolari, the coach of Brazil at the time, said: “The ball hit his leg, but it was moving up, so he protected his face with his hand.” 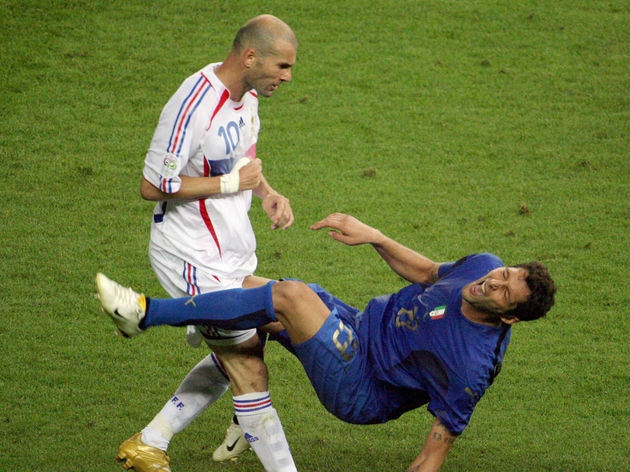 Marco Materazzi admitted his insult to Zidane in the last minutes of the 2006 World Cup final when he called his sister a wh*r, and Zidane's famous headbutt was of course the response.

Zidane received the red card and left the French national team to play with ten men, which ultimately led to France losing to Italy in the 2006 World Cup final.

Zidane later refused to apologize to the Italian defender, saying he would rather die than do so. 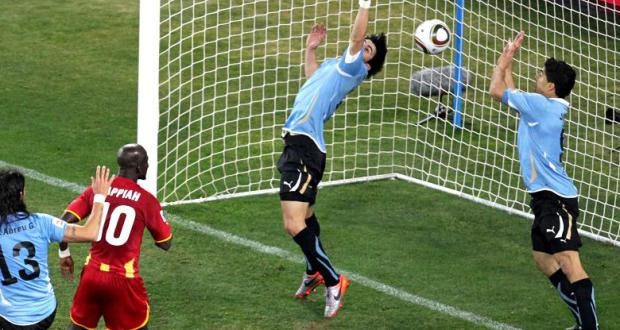 The match was in the last minutes of the second extra time.

Asamoah Gyan missed the penalty kick, and the match went to the penalty shootout, which smiled for Uruguay, to qualify for the semi-finals at the time.