With Qatar approaching hosting the World Cup2022 next winter, the tournament that witnesses the presence of high-class international teams and world-class players

We present to you a reminder of the most important international world-class players who have previously visited Qatar and played in its league, with its teams, and in its stadiums. 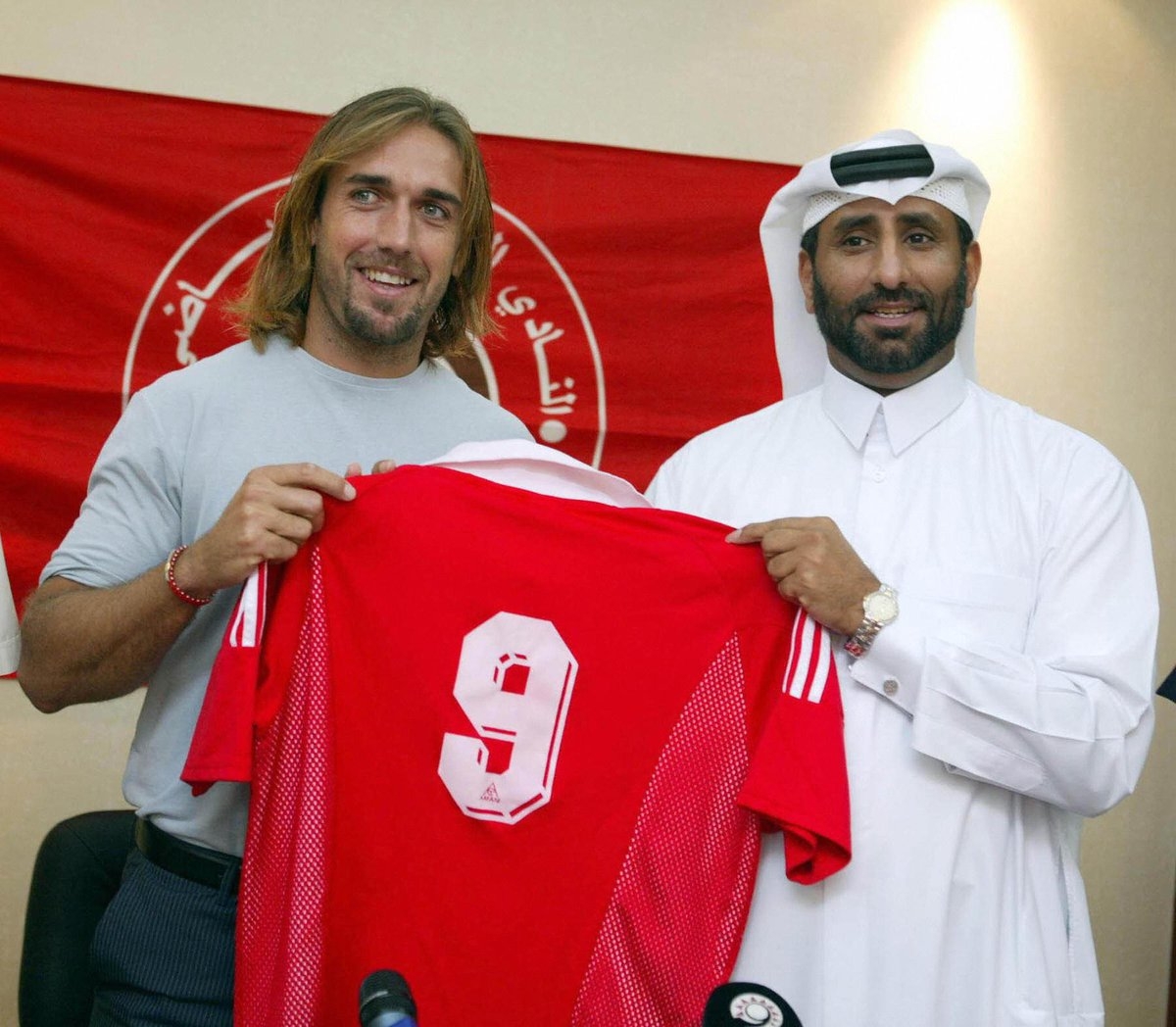 The great Argentine player was nicknamed "Bati Goal". He is the top scorer in the history of the Italian league with 354 goals from 387 games, and at the international level he is the second most Argentine player to score goals with the national team, he scored 56 goals from 78 international matches, and Batistuta is the only player to score a hat-trick in two World Cup tournaments.

He previously played with Fiorentina and Roma in Italy, before joining 2003 the Qatari club Al Arabi, where he played 25 matches in which he scored 21 goals 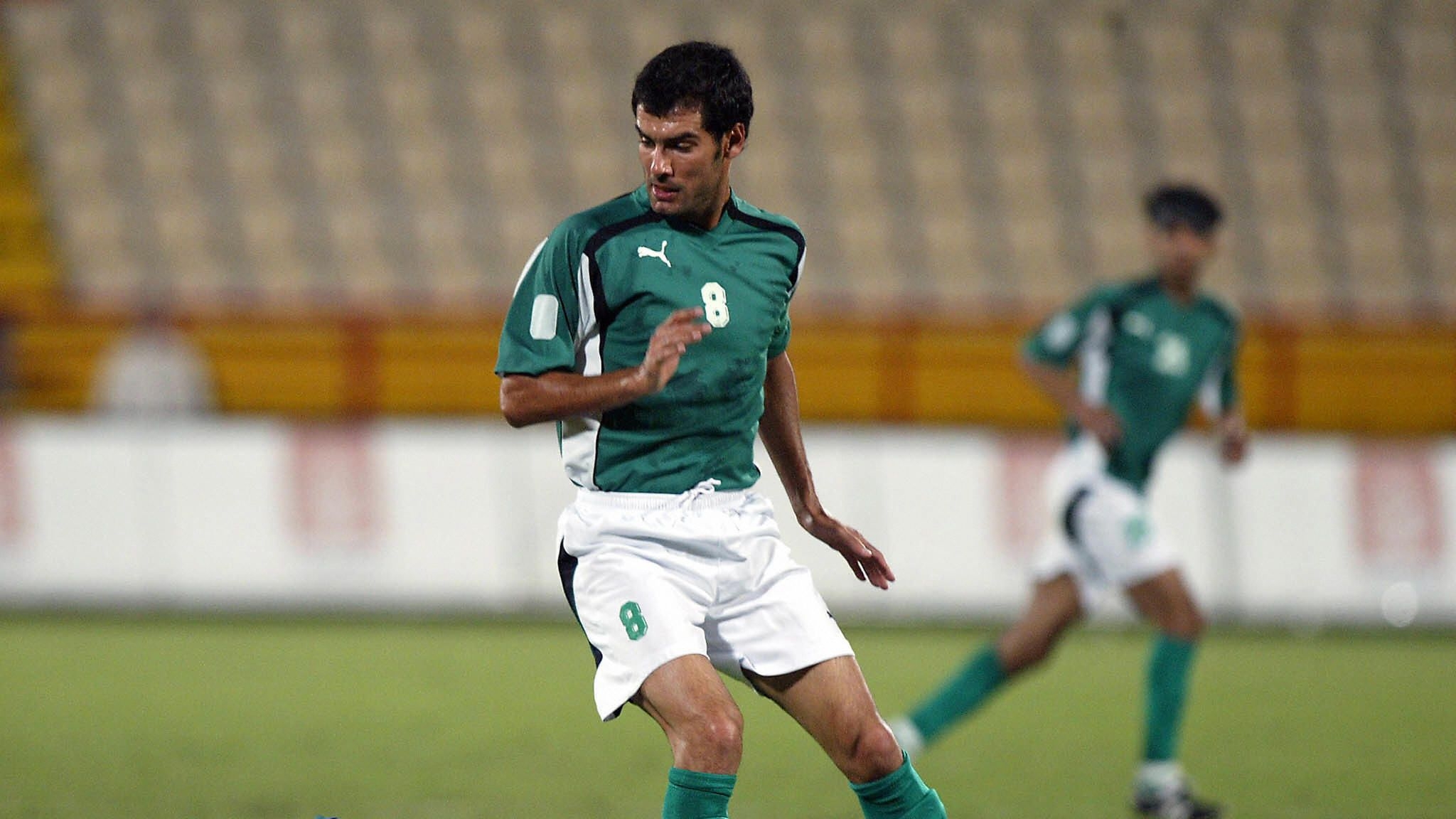 The distinguished Spanish coach nicknamed the Philosopher, who won many titles as a coach with Barcelona, Bayern Munich and Manchester City, previously played - when he was a player - in the Qatari league, where he contracted with the Qatari club Al-Ahly in 2003 from Brescia, Italy

Guardiola was a football player as a DMF and spent most of his professional period at FC Barcelona, where he was part of Johan Cruyff's dream team, which managed to achieve the first European Cup in 1992. He also played for several clubs, including Brescia and Roma in Italy. 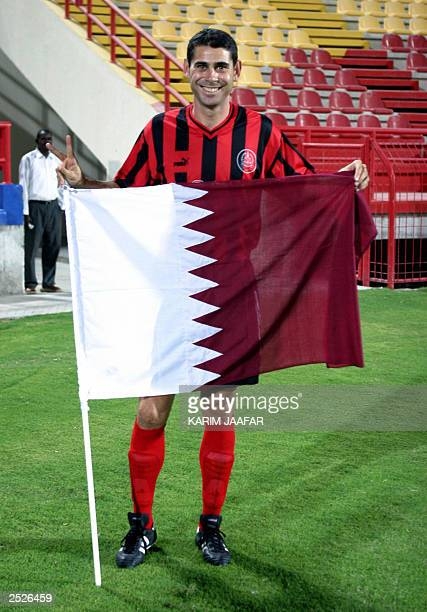 He contracted with the Qatari club Al Rayyan in 2003 and played 19 matches in which he scored 3 goals, and was crowned the Emir of the State of Qatar Cup. 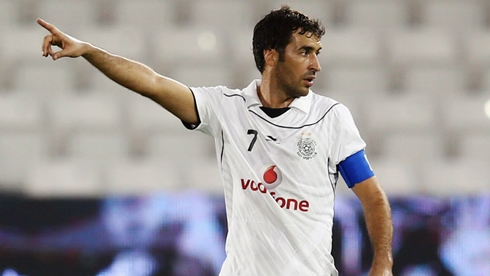 He spent 16 years of his career playing for Real Madrid and is the second-best scorer in the club's history with 323 goals, the most participating player in the club's history, with 741 games with Los Blancos, Raul won six titles in the Spanish League, and three titles in the Champions League. , four Spanish Super Cup titles, and one European Super Cup, in 2003 he was appointed captain of the team and held this position until his departure from the club in 2010, then he signed with Schalke 04, where he won the German Cup and the German Super Cup.

In addition to the following:

Dutch twins Frank and Ronald De Boer, the stars of the Dutch national team and FC Barcelona, contracted with Al Rayyan FC and led them to the Emir Cup.

"The Rock” Marcel Desailly, world champion with the France national team in 1998, where he defended the colors of Al Gharafa (28 games and 6 goals) and then Qatar Club.

Barcelona star as a player and current coach Xavi Hernandez, who played with Al Sadd Club, And finally, the Brazilian Juninho, who played in Al-Gharafa club.