The final draw for FIFA World Cup Qatar 2022 took place on Friday, the 1st of April as teams have already discovered their fates for the first winter edition of football's flagship event, in Qatar this November. It is the football tournament we all wait impatiently for every four years – the FIFA World Cup.

Only 29 of the 32 participant teams had been confirmed when the draw got underway at the Doha Exhibition and Convention Center at 7 p.m. local time (12 p.m. ET).

Having won the bid in 2010 and with hosts rewarded with automatic qualification, Qatar has had a decade to prepare for its World Cup debut.

The ceremonies began at the Doha Exhibition and Convention Center with the unveiling of the World Cup's mascot "La’eeb", a white floating creature from the parallel universe of all mascots, which represents Qatar’s national dress. Afterward, attendees listened to Hayya song, which will be one of the official songs of the World Cup.

FIFA President Gianni Infantino then welcomed the attendees and expressed his great pleasure at the upcoming World Cup in Qatar, which he described as "the most beautiful and best version ever."

In his turn, HH. Sheikh Tamim bin Hamad Al Thani, Amir of the State of Qatar expressed his pride and confidence that his country will present an exceptional tournament, as promised, highlighting that all Arabs will host the world.

"I feel proud and happy from now until the world sees us in Qatar," His Highness said. 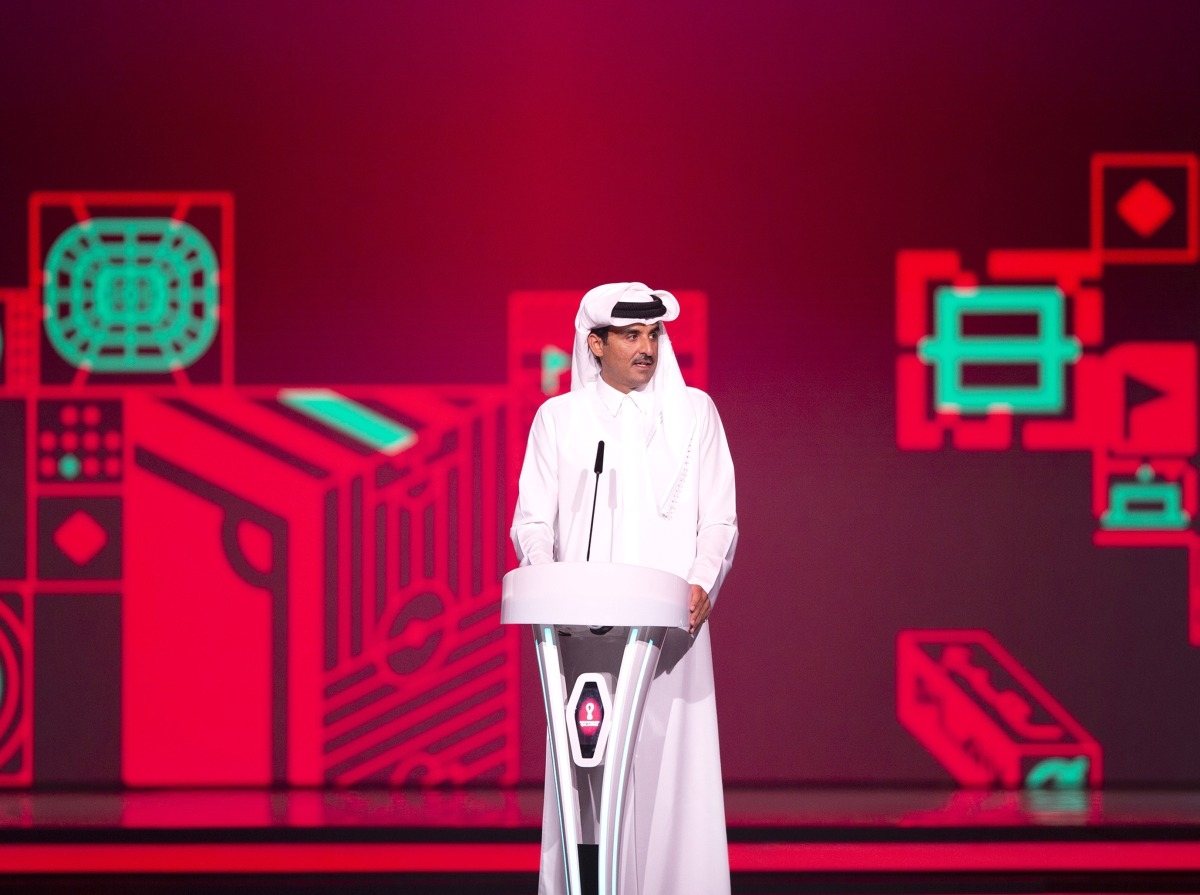 The draw was preceded by the division of the qualifying teams into four levels according to the FIFA classification. Before the international federation revealed the details of the draw procedure, the teams were divided into eight groups, so that two teams from the same continental federation do not participate in one group, with the exception of Europe, which is represented by thirteen teams.

The draw put the qualified Arab national teams in strong groups, with Qatar taking the lead in Group A with Netherlands, Senegal and Ecuador. Meanwhile, Tunisia came in Group D with the defending champion France, Denmark, and Peru / Australia / UAE.

Saudi Arabia came into Group C with the champion of Copa America Argentina, Mexico and Poland. Whereas Morocco came in Group F facing the World's highest-ranked Belgium, Canada and Croatia.

Shockingly, Italy will not be playing in this year’s World Cup. The four-time World Cup winning nation was eliminated from European qualifying after a surprising loss to North Macedonia on March 24.

Other major countries that did not qualify include Egypt, Algeria, Colombia and Norway.