In our story, we reached the last edition of the World Cup hosted by Russia 4 years ago, specifically in 2018. France won its second World Cup title. 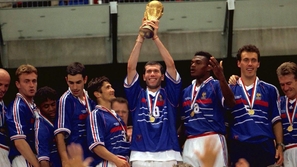 Read More: The Story of France National Team in The World Cup Part 1 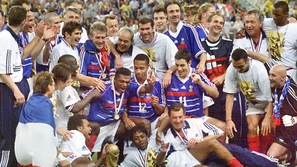 Read More: The Story of France National Team in The World Cup Part 2 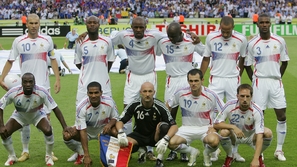 Read More: The Story of France National Team in The World Cup Part 3

The 2018 FIFA World Cup, which was held in Russia between 14 June and 15 July 2018, was the 21st edition of the tournament and was the first time that the competition had been held in Eastern Europe, with Russia becoming the eighth European country to host the tournament.

The draw placed France in Group C along with Australia, Denmark, and Peru.

In its first match, which was held at the Kazan Arena in Kazan, France beat Australia 2-1, scoring for France. 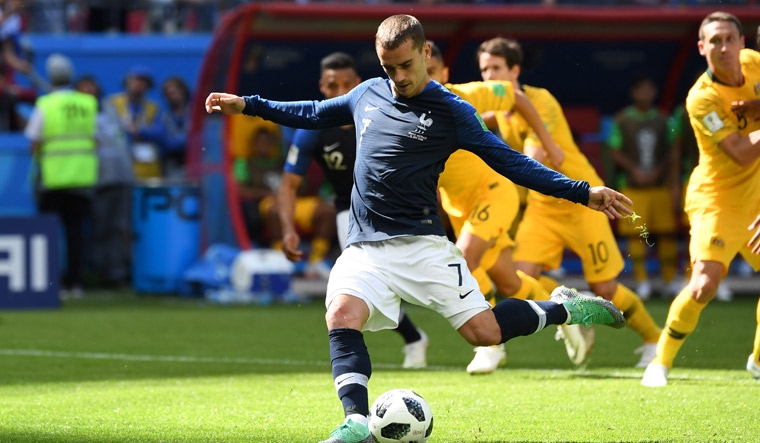 Before beating Peru with a goal by Kylian Mbappe and drawing 0-0 with Denmark, France topped the group and qualified for the second round.

In the second round, France faced Argentina at the Kazan Arena in Kazan.

Griezmann opened the scoring for the French from the penalty spot in the 13th minute, after a wonderful sprint from Kylian Mbappe in which he dribbles all the Argentine defense and got a penalty kick. 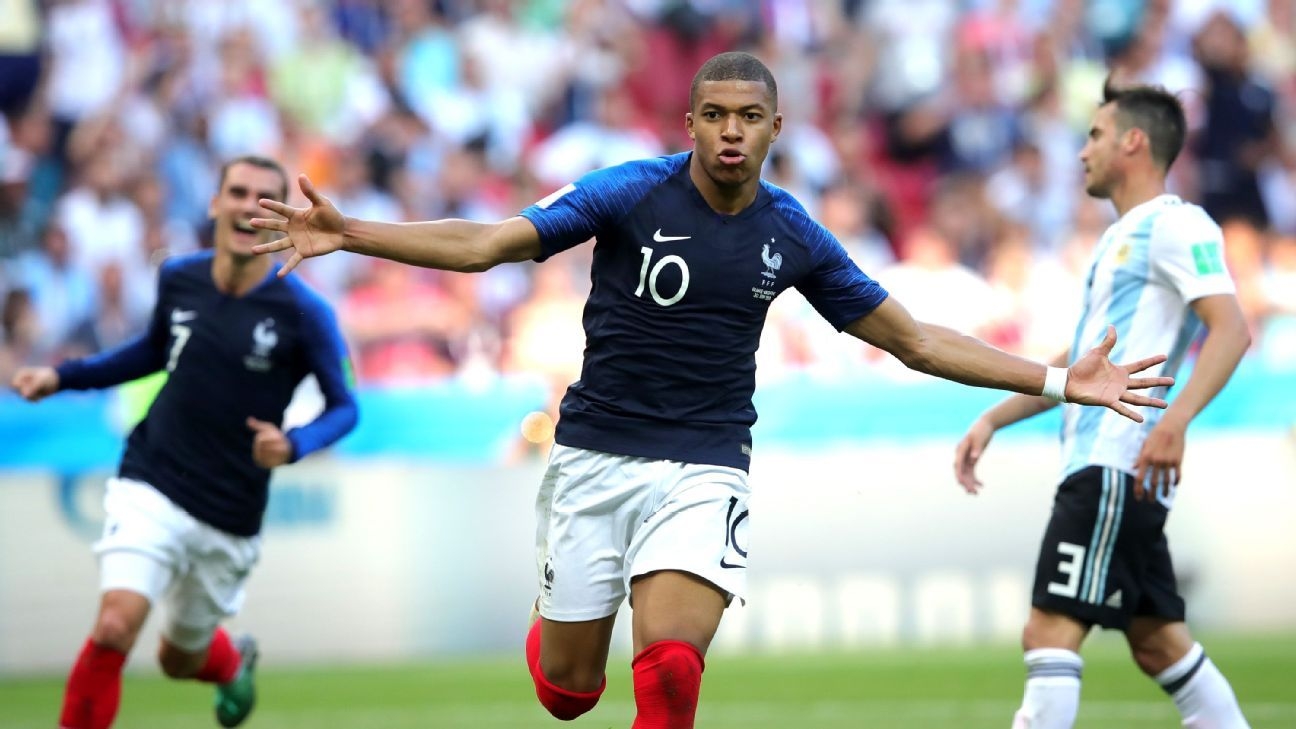 At the beginning of the second half, and in the way of unbelievable things, defender Mercado scored the second goal for Argentina after Messi's shot hit him before Pavard scored the equalizing goal for France with an amazing spiral shot before Mbappe scored the third, and fourth goals for his country at the 64,68 minutes, Aguero scored the goal to reduce the difference for Argentina in the 91st minute.

The match ends with France winning 4-3.

In the quarterfinals, France faced Uruguay at Nizhny Novgorod Stadium.

France defender Raphael Varane opened the scoring with a superb header after a neat cross from Griezmann. 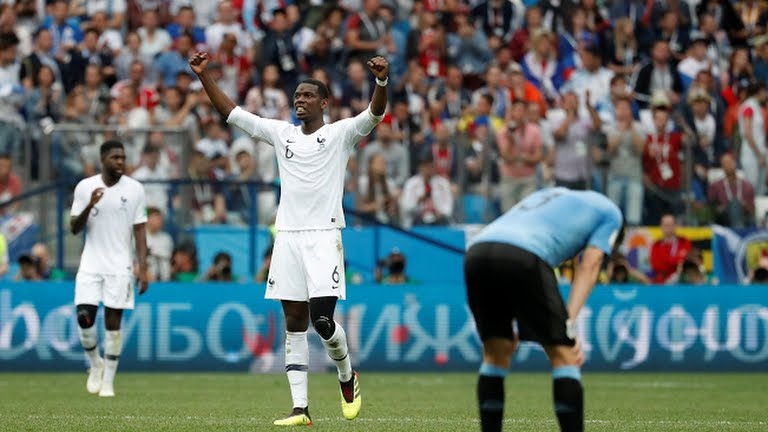 Griezmann was not satisfied with the goal pass but added the second goal for his country with a shot from outside the penalty area, Uruguayan goalkeeper Muslera failed to deal with it, so France won the match 2-0 and qualified for the semi-finals.

In the semi-final match and at the Krestovsky Stadium in Saint Petersburg, the French team faced Belgium, who qualified for the semi-finals after beating Brazil with difficulty in the quarterfinals. 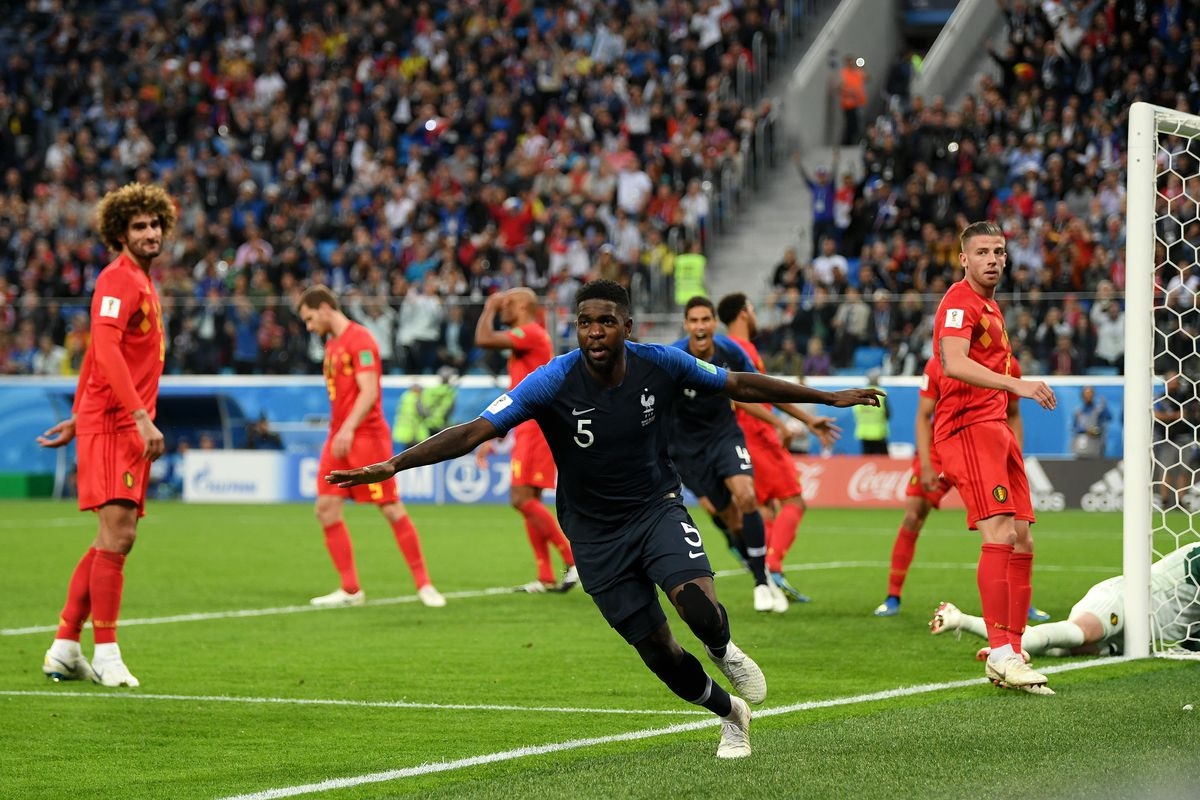 The "Red Devils" team, which includes the elite players of the world such as Kevin De Bruyne, Romelu Lukaku, and Eden Hazard, could not achieve his dream of reaching the final, losing the match with the goal of Barcelona defender Samuel Umtiti, who scored in the 51st minute by a header.

In the final match, which was held at the Luzhniki Stadium in Moscow, the French national team faced Croatia (the surprise of the tournament), which reached the final for the first time in its history, with an eye on revenge against the French team that had defeated them 20 years ago in the semi-finals of the 1998 World Cup. 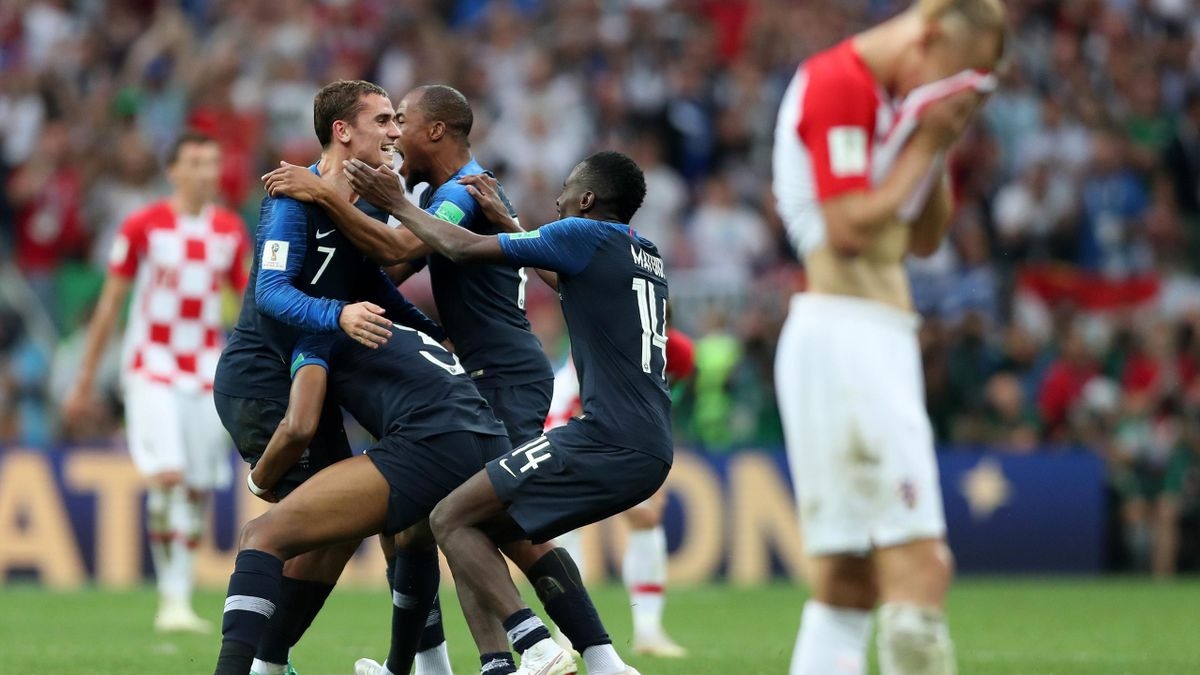 The match ended with France winning 4-2 to crown France with its second World Cup title, and its first-ever title since Zinedine Zidane's retirement.