Learn About the Most Important Historical Mosques in Qatar

Mosques were and still are among the most prominent interests of the Qatari state, like any other Islamic country. The Islamic religion, its traditions, and teachings are the most prominent characteristic of the State of Qatar, wherefore The State of Qatar contains more than 2,000 mosques that are distinguished as a mixture of history, firm belief, and stunning architectural designs. 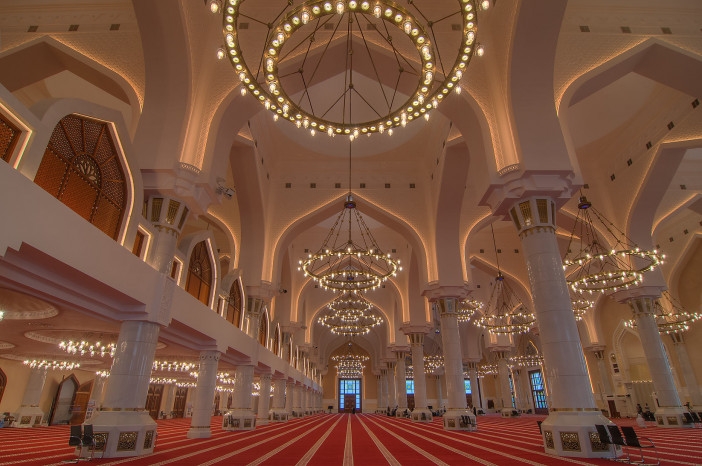 This mosque was previously known as the largest mosque in Qatar and then was renamed after the Muslim reformer Imam Muhammad bin Abdul Wahhab, who was an Islamic scholar during the eighteenth century who taught people to follow the Qur’an and the Sunnah. This mosque is distinguished by its galleries and the unique design of the building.

The Grand Mosque in Qatar 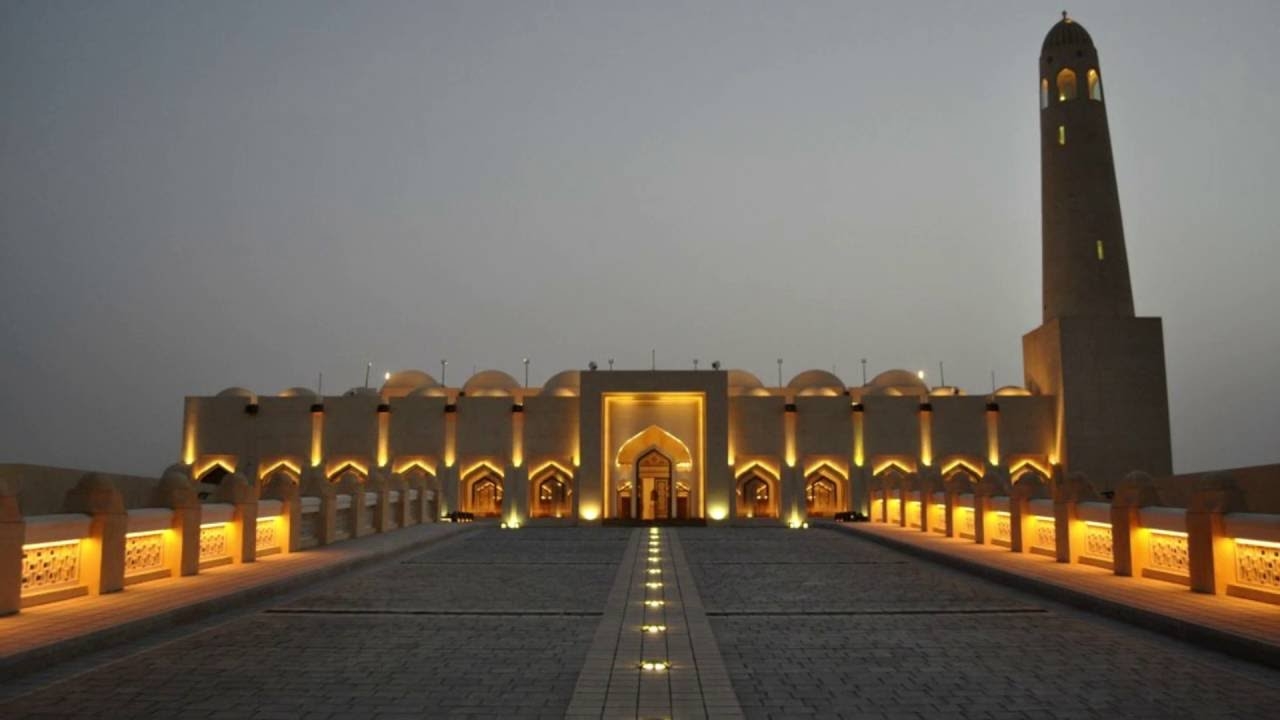 It is one of the largest mosques in Qatar, with an area of 175,164 square meters, which is large enough to accommodate about 11,000 worshipers, and 1,200 worshipers in the women’s area, It is located in the Jubailat area of Doha, Mohandessin Street, and has several advantages, including:

The mosque is spacious and fully air-conditioned.

The ceilings are vaulted and decorated with royal chandeliers, whose light enchants the beauty of the mosque at sunset.

The interiors have a quiet radiance that enhances the beauty and aura of the mosque. The main prayer hall has royal carpets to ensure the comfort of the worshipers. 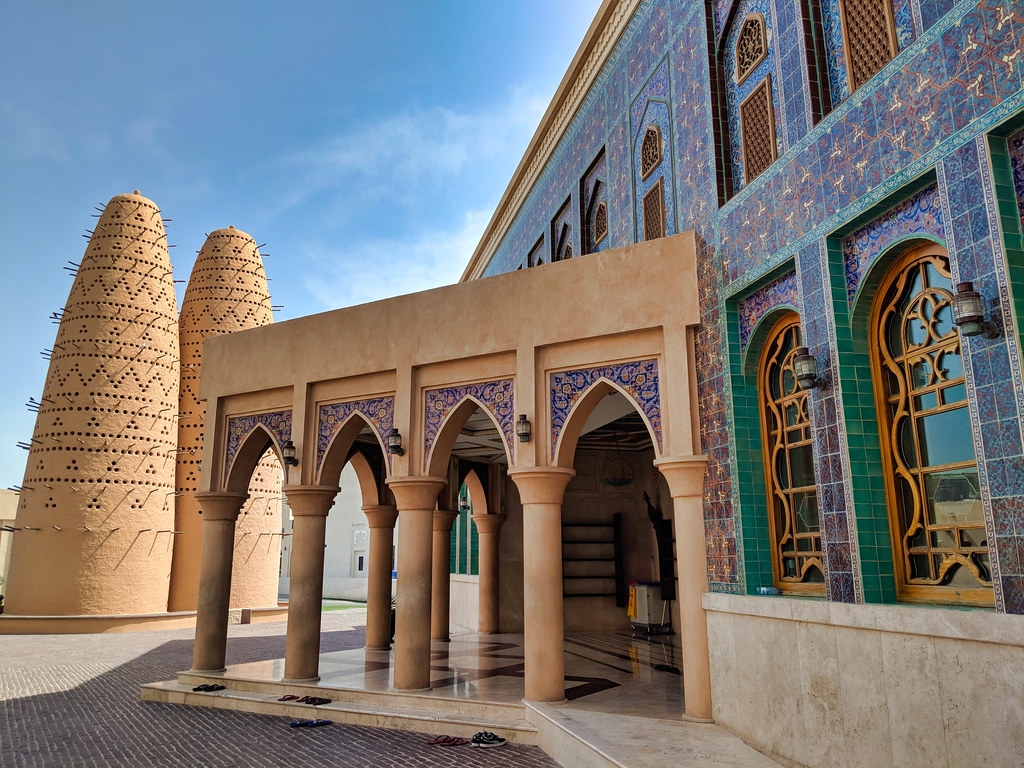 It is known as the Blue Mosque because unlike other typical mosques around the city it reflects the blue color due to the glass mosaics and handcrafted ceramic tiles.

The design was done by the Turkish designer, Zeinab Fazloğlu, and it is one of the most beautiful mosques in Qatar, and this design came as a result of inspiration from a number of famous mosques located in different capitals of the world.

The mosque features mosaic patterns created by combining Arabic calligraphy and displaying religious and traditional books. The mihrab, minaret, and domes of the Katara Mosque along with the calligraphy panels are of 24-karat gold-clad glass mosaic tiles. As for the design pattern, it is in the shape of an Islamic star. 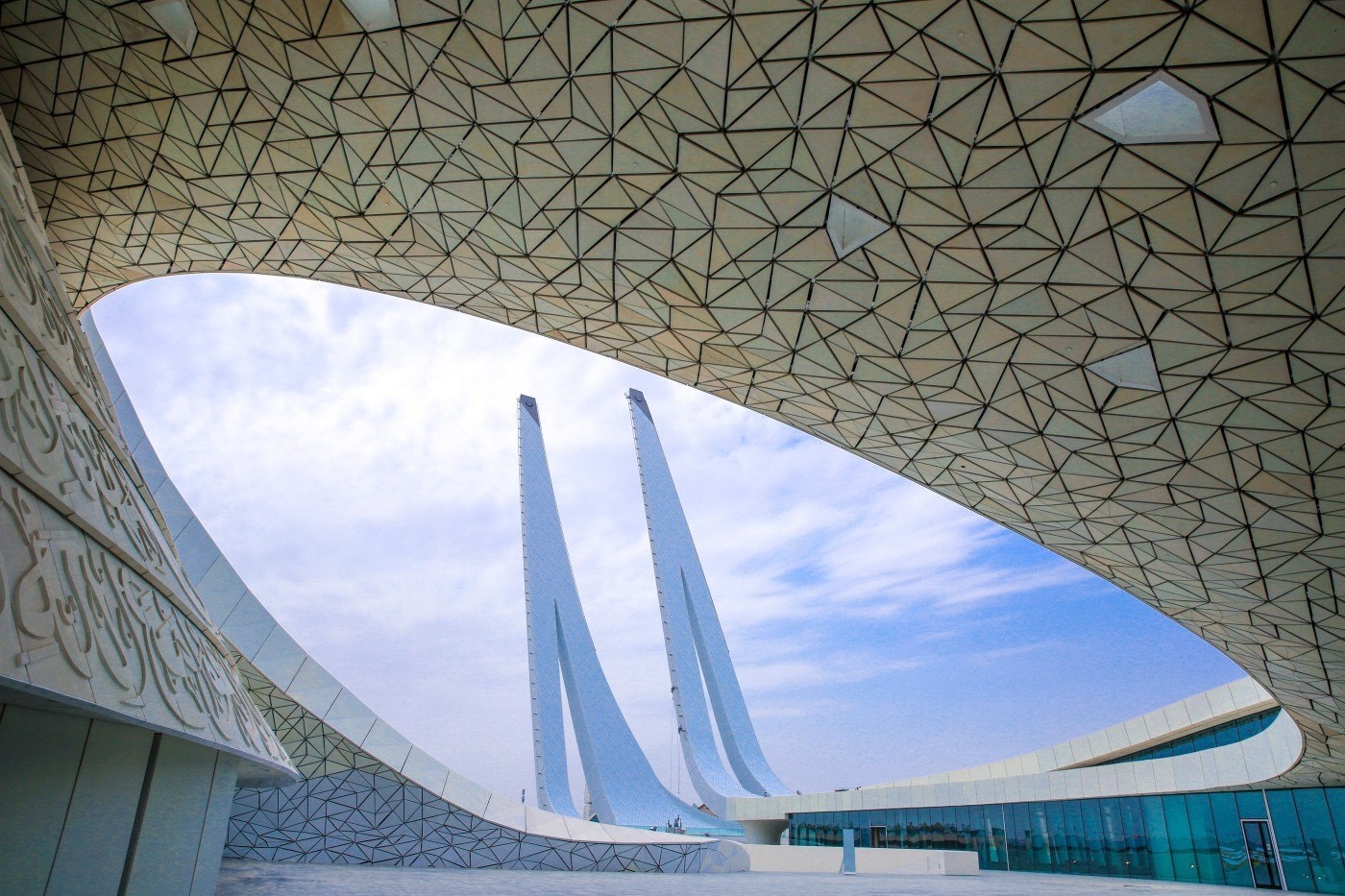 This mosque is located at the main entrance to the city and can accommodate a very large number of worshipers, about 1800 worshipers in the hall and the courtyard, and it has several amazing features.

One of its most important features is that the outer walls of the mosque are covered with verses from the Holy Qur’an, with a unique design, as the mosque includes five large columns, which represent the five pillars of Islam.

The Spiral Mosque in Qatar 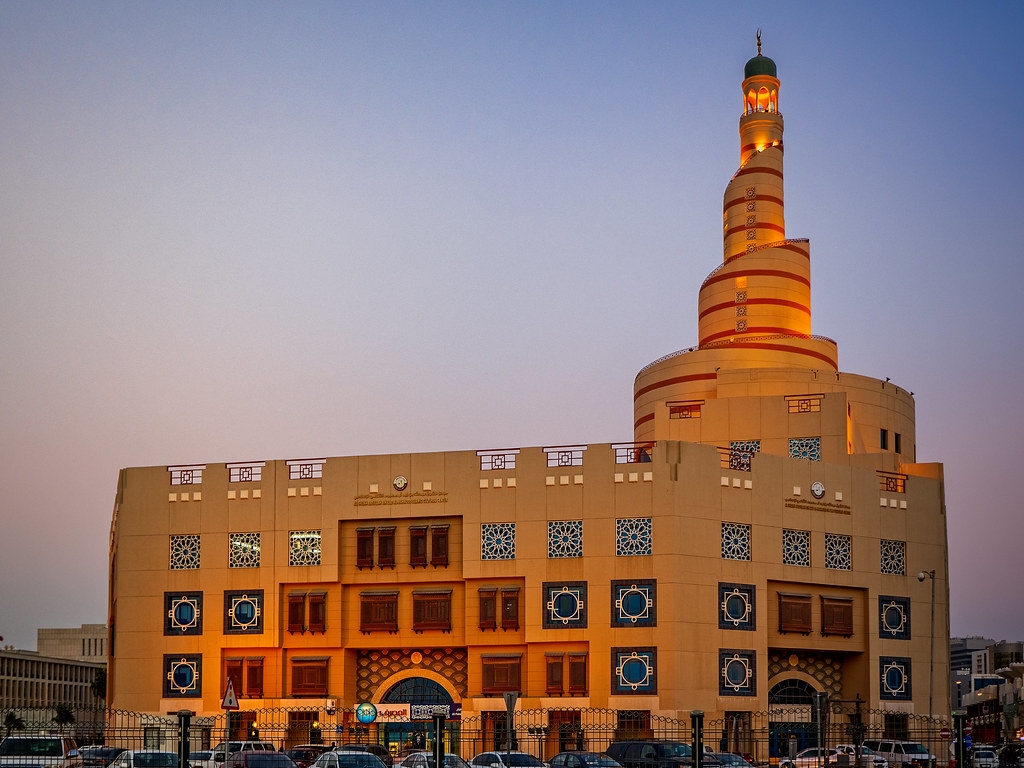 The Spiral Mosque was established in the Qassim Darwish Fakhro Islamic Center, and it has become one of the famous landmarks in Doha. This mosque is similar in shape to the Great Mosque of Al-Mutawakkil in Samarra, Iraq, and this was the main reason why it was not considered a Qatari-style mosque.

The spiral mosque is located in the market area, Corniche Street.