Related articles
La Roja Chooses Qatar University as to Reside in During the World Cup
Memorable Players in The History of The World Cup: Diego Forlan
Gary Neville Supports First Ever Winter World Cup in Qatar

The 2010 FIFA World Cup is the nineteenth edition of the FIFA World Cup, and it is the first tournament to be held on the African continent, specifically in South Africa; The tournament was held from June 11 to July 11, 2010, after being chosen after a competition with Egypt and Morocco.

The draw placed Spain in Group H along with Switzerland, Chile, and Honduras.

Spain opened its group stage matches against Switzerland, on June 16, 2010, at Moses Mapeda Stadium in Durban, in front of more than 60,000 spectators who filled the stadium's stands.

Spain represented the following squad in that match:

Spain possessed the ball and dominated the match as usual, but it failed to score. 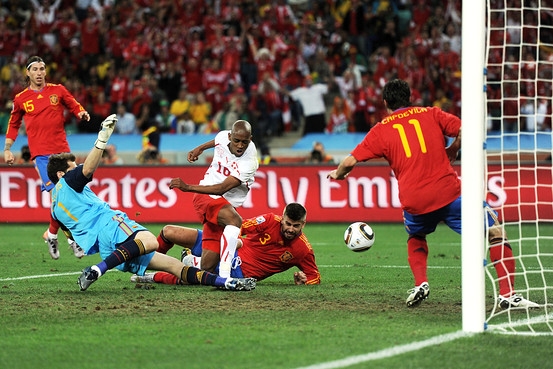 In the second match, Spain faced Honduras on June 21, 2010, at Ellis Park stadium in Johannesburg.

The Spaniards were obliged to win this match to make up for the loss in the first match against Switzerland.

And that's exactly what happened, as Spain won 2-0. 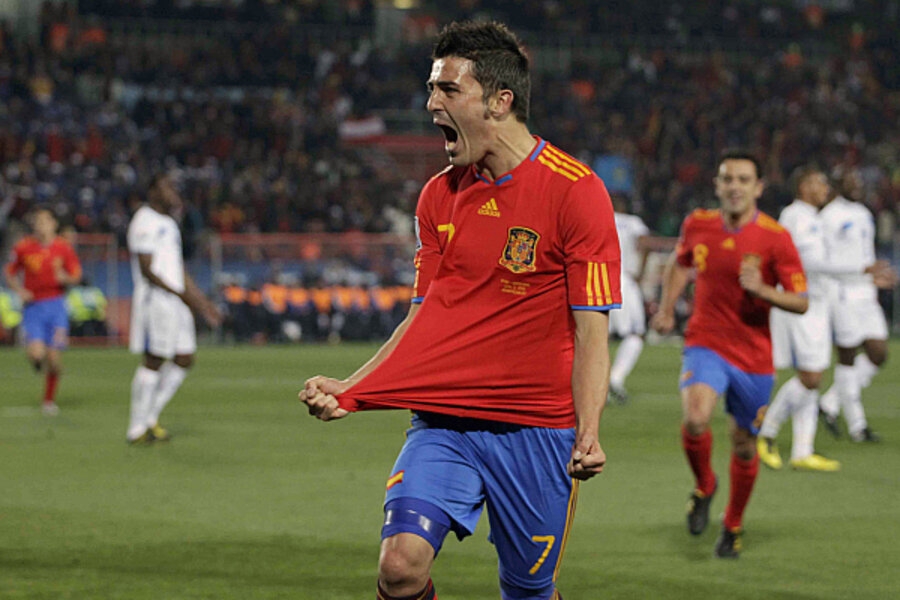 The goals were scored by striker David Villa (newly transferred to Barcelona at the time) at 17, 51 minutes.

Spain concluded its group stage match against Chile, on June 25, 2010, at the Loftus Versfeld Stadium in Pretoria.

In the 24th minute, striker David Villa scored the goal for Spain, followed by Andreas Iniesta, nicknamed "The Painter", with the second goal in the 37th minute. 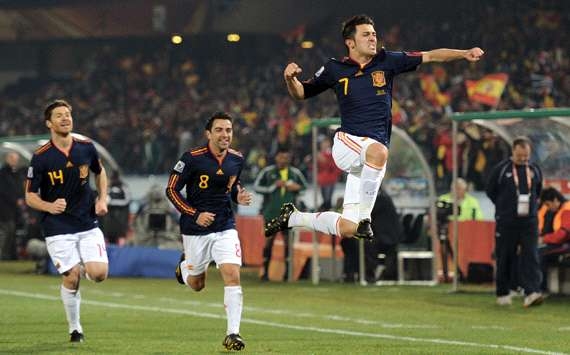 Rodrigo Mayar's goal for Chile in the 47th minute was not enough to avoid the loss.

Thus, Spain won 2-1 and qualified for the second round as the leader of the group.

In the second round, Spain faced Portugal, on June 29, 2010, at Cape Town Stadium in Cape Town, South Africa.

Spain represented the following squad in that match:

The Portuguese national team lineup was as follows:

Spain managed to win the match with a score of 1-0. The only goal of the match was scored by striker David Villa in the 63rd minute. Cristiano Ronaldo's attempts to score an equalizer were futile. 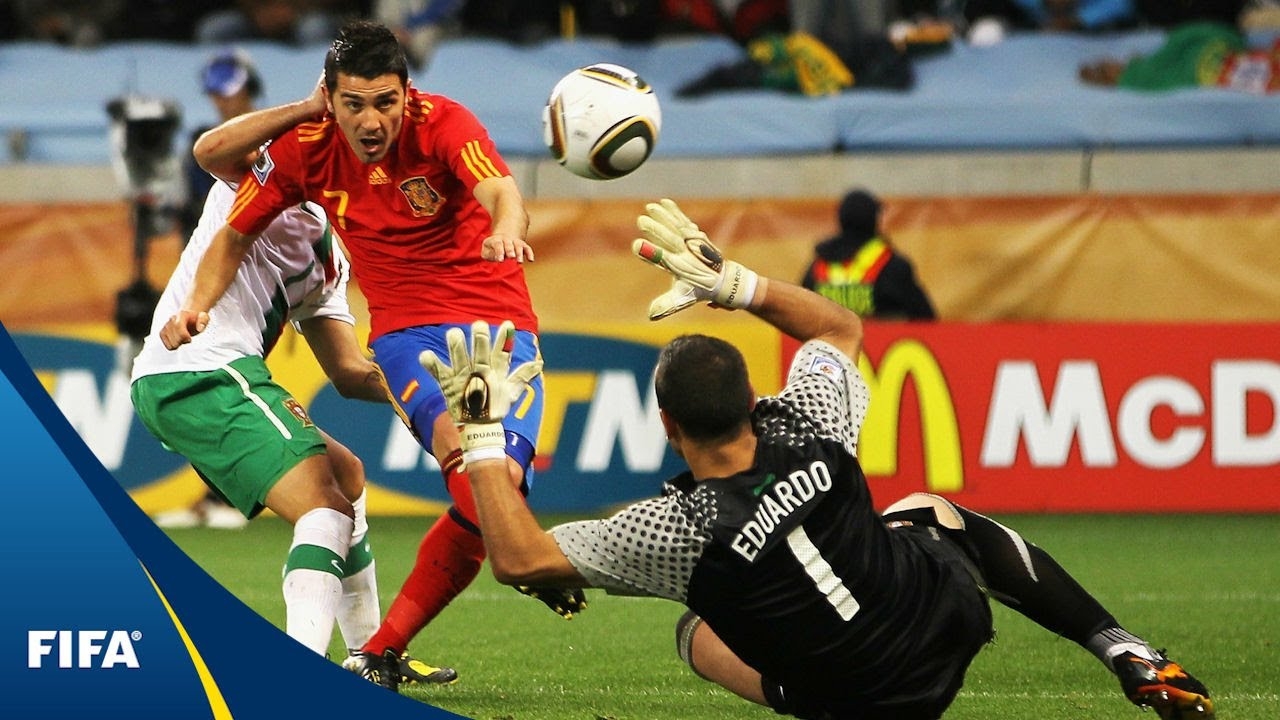 Thus, Spain qualified for the quarterfinals.