Want to organize your trip in advance? So keep an eye on the newest resort in Qatar in the magnificent Southeast Asian nation.

According to Indonesian Ambassador to Qatar Ridwan Hassan, Qatar is building a brand-new, opulent hotel and resort there with a 2024 launch date as a target.

According to Hassan, both Indonesia and Qatar are working together on the building, and the new resort will be open in two years. The magnificent new project will be located in Labuan Bajo, which is the westernmost tip of the island of Flores in eastern Indonesia's Nusa Tenggara province. 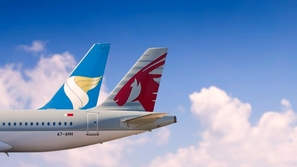 The location serves as a starting point for trips to Rinca Island and Komodo Island, both of which are home to the legendary Komodo dragons. It is also known for its ocean views and water resorts, which are home to a wide variety of unusual marine life and a variety of other natural attractions.

"Indonesia is well known for its tourism, particularly when it comes to the island of Bali. The envoy made the comment during a recent Indonesian Cultural Event held at Education City to celebrate Indonesia's Independence Day. "Indonesia is made up of thousands of islands, and if we are just focusing on Bali itself, it is not enough, because Bali is not really big to accommodate all the foreign tourists coming to Indonesia," the envoy said.

Hassan asserted that getting to Labuan Bajo will be easy despite the lack of a direct international airline to the island because of the existing road infrastructure. 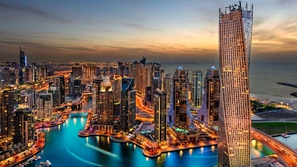 The new location is a component of the government's recently implemented "10 New Balis" initiative. The proposal, according to the source, includes 10 locations in Indonesia that are being readied to serve as the "future Bali" and are anticipated to draw sizable numbers of tourists.

Bali itself is one of the most popular destinations in the area, drawing nearly four million tourists each year.

Hassan stated, "We develop it onto other islands, with slight alteration, using Bali as the model.

The most recent Qatar-Indonesia initiative seeks to strengthen connections between the two countries.

The official claimed that the years of Gulf nation investment, such as Ooredoo, Nebras Power, and Qatar National Bank, had benefitted his nation and improved their economic ties. Each nation's trade with the other totaled a staggering $893 million in 2021 alone.