Does HIA Deserve the Title of Best Airport in The World?

What does the public think of Hamad International Airport, which was recently crowned the finest airport in the world?

According to a Doha News poll, the majority of Qataris think that Hamad International Airport [HIA] needs to undergo a number of changes in order to be fully ready to receive hundreds of thousands of people during the much-anticipated World Cup.

The international airport was recognized as the best airport in the world for a second consecutive year by Skytrax 2022 World Airport Awards this month.

The large airport, which covers 22 km2, runs 41 contact gates and 65 distant stands (73 remote stands including MAGS). With a 600,000m2 terminal, it presently handles over 39 million passengers annually while offering a premium landing experience for guests.

Additionally, the airport is 12 times bigger than the previous one. Despite the cutting-edge features, residents of Qatar have noticed several areas that could want better.

Approximately 83% of survey participants agreed that HIA deserved its recent accolades, but many still felt that the facility is not prepared to handle the predicted increase in visitors that are expected in less than five months.

Limited check-in counters and lengthy passport control lineups are two of the major complaints from voters. In a poll conducted by Doha News, 53% of respondents stated there aren't enough check-in counters at the airport and that flight lines are too long, especially during the busiest holiday times.

Regarding the 'luxurious' experience promised, many people complained that lounges are frequently packed to capacity, leaving little to no room for guests to unwind while they wait for flights.

"The lounges are consistently crowded. They are too small for the airport, and even the food options are expensive and few, according to a local.

Qatar will get 16,000 football lovers each day through two airports 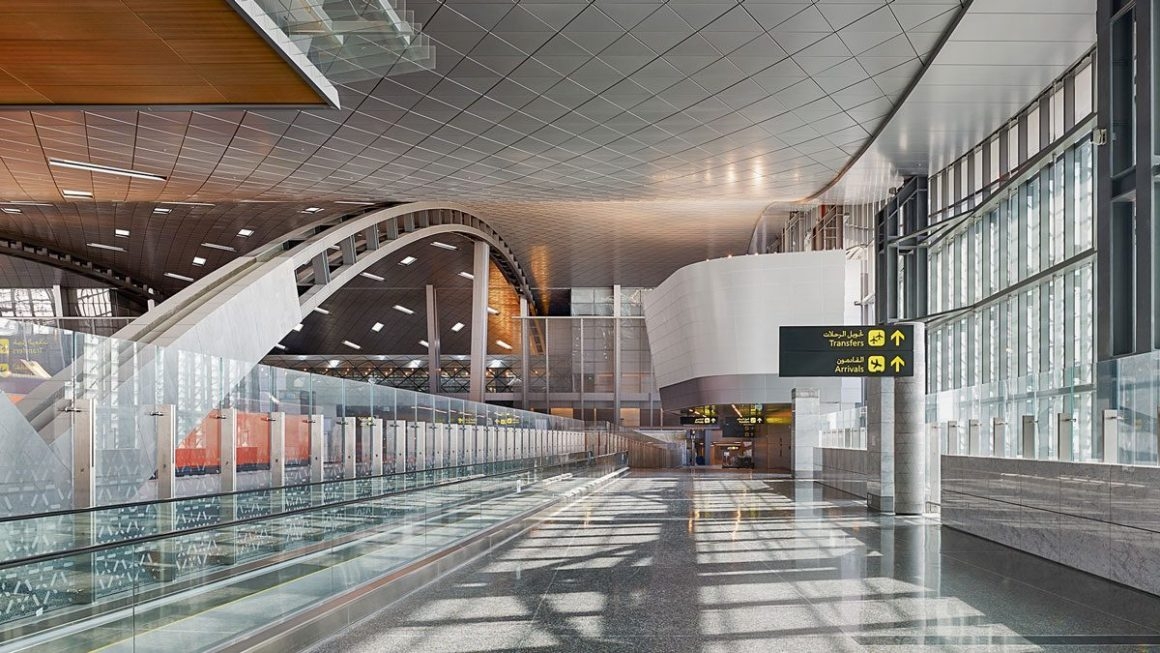 The airport faces difficulties handling the surge of people as Qatar's tourism industry expands. Many people find themselves stranded in lengthy traffic jams due to the facility's limited drop-off and pick-up road sections.

Authorities declared earlier this year that only authorized vehicles would be allowed to leave from and arrive at the curbside, sending all other traffic to parking spaces, in an effort to address the problem.

Voters (74%) believed that this would increase traffic and make it take longer to get to the gate. Five months out from the start of the World Cup in November, Qatar has already experienced an increase in tourists.

According to recent information from a worldwide travel data source, Doha had one of the highest volumes of scheduled aircraft tickets in the area during April.

Only behind Dubai, Istanbul, Amsterdam, Frankfurt, and Paris airports, the Gulf state was placed sixth in the top ten airports with the biggest international patronage in the Airports Council International (ACI) 2021 report.