Alia has a unique perspective on fame and cinema being the daughter of popular Bollywood director and producer Mahesh Bhatt.

She is aware that the cameras will follow her out the door, but it doesn't concern her as she begins to talk animatedly about her trip to Qatar, being a part of DJWE, and what jewelry appeals to her. Being a part of this famous event, which is so large and spectacular, and the level of work everyone has put in to make it possible is an enormous honor for me. We had hoped for it to happen a few years ago, but it was delayed due to the epidemic, but as they say, wonderful things take time.

So, the fact that it's finally occurring makes me very delighted. "It's wonderful to be back here, and it feels like home," Alia says.

Qatar has become a place for many stars and travelers from around the world as it has effectively established itself on the world's cultural map. Alia discusses Qatar's great welcome. "Qatar feels like home, not just because of the people's kindness, but also because of the simplicity and luxury.

It's a beautiful mix of taste and culture, and it all works well together. It steals your breath away just walking into the airport. And I believe it has a lot of individuality and character. When you leave your home, you must be as comfortable as possible; otherwise, you will choose to stay at home. As a result, the combination of beauty and culture is a game to win for me." 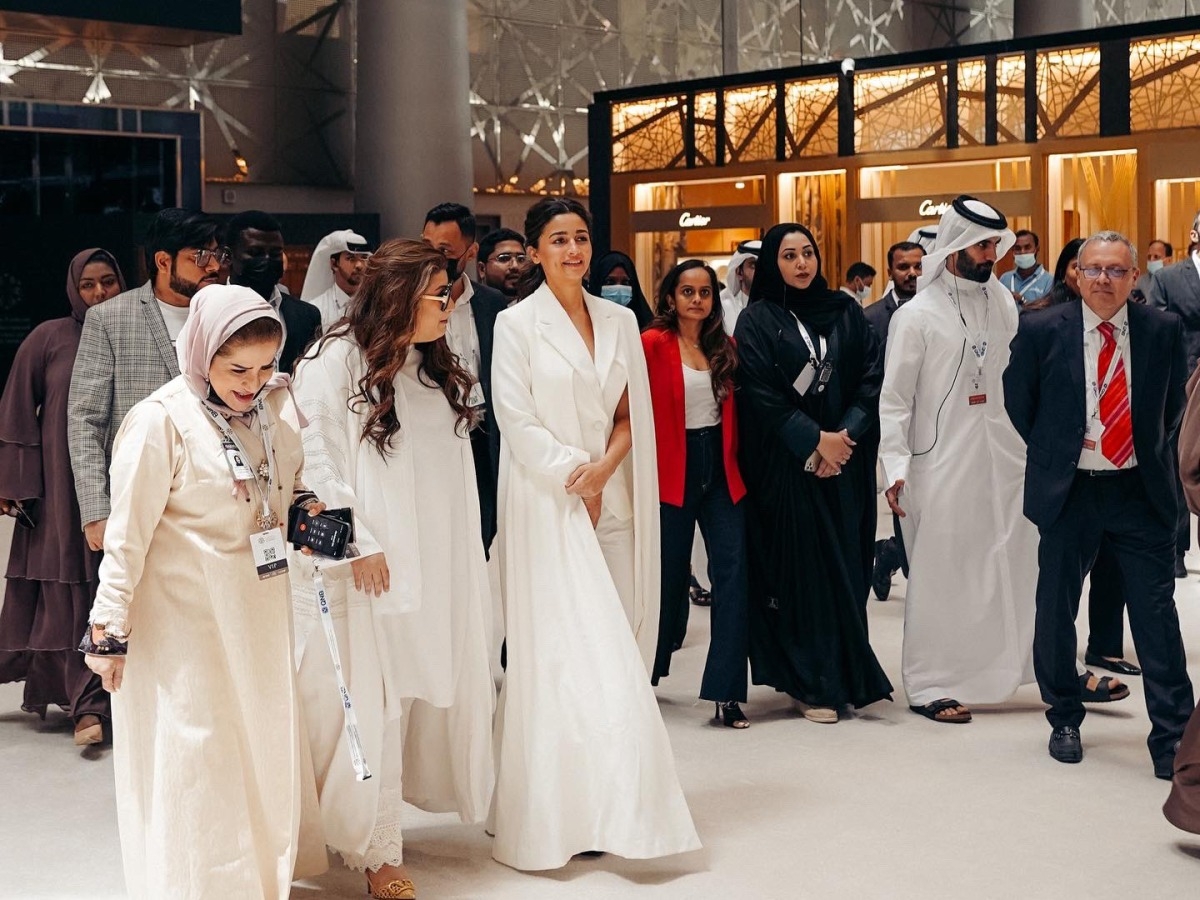 Alia is still as lovely and witty as she was in 2012 when she made her debut appearance in 'Student of the Year.' Who knew the feisty Shanaya from 'SOTY' would one day become the 'It' actor in an industry where even star kids struggle to create a name for themselves?

Alia Bhatt has gone a long way since her debut as the charming Shanaya. With her most recent appearance in Sanjay Leela Bhansali's 'Gangubai Kathiawadi,' she has not only established herself to be a bold master of reinvention, but she has also bridged the worlds of art cinema and tale (2022). "Human beings are creatures who change and evolve."

Jewelry is regarded as an heirloom item in South Asia. Is there a particular piece that the actor has been handed down through the generations? "My mum (Soni Razdan) gave me her ring, and my mother-in-law (Neetu Kapoor) gave me Ranbir's grandmother's earrings," Alia Bhatt says.

Yes, indeed. " Alia's most recent film, 'Gangubai,' became Netflix's top non-English film worldwide. The film has been seen for 13.81 million hours and is ranked in the top ten films in 25 countries. No matter how difficult one works, sometimes a single show sets the bar so high that all subsequent efforts pale in comparison.

"I don't think I ever plan my personalities in a way to outdo other characters," Alia says when asked if she'll be able to outdo 'Gangubai.' It isn't planned, but I believe that is why the best things in life come when you least expect them. And the same thing happened with 'Gangubai.'

Diamonds and emeralds take center stage at DJWE's comprehensive display of modern and classic luxury collections by internationally recognized brands and designers as well as regional designers. Diamonds are said to be a woman's best friend.

With diamonds and emeralds taking center stage, DJWE presents a broad exhibition of classic and new luxury collections by internationally recognized designers as well as local designers. A girl's best friend, they say, is diamonds.

Besides, it is of course my style, something that my grandmother can send on to me and that is still relevant now, and I would like to do the same thing in the future."