Qatar Ranked 10th Best Place for Tourism in the World

Forbes International said that Qatar is famous for its wonderful culture and diverse landscapes that range from beaches to the desert to the future capital of Doha.

"Qatar has a strategy that places itself as a key location in the region for travel, tourism, and sustainable culture," the report added. Tourism also grew significantly after the announcement of hosting the 2022 FIFA World Cup, and the Middle East country was voted the safest country in the world recently.

"Tourism institutions have launched the Qatar Clean Initiative, an initiative developed in response to the COVID-19 pandemic, which ensures that strict hygiene standards are adhered to in all hotels, restaurants and tourist attractions."

Forbes said the national carrier Qatar Airways is also helping the country attract passengers who have just traveled to other areas. She noted that an increasing number of people are entering Qatar as part of their trips around the world.

And Forbes said: “facilities and luxury places, including magical hotels, attract tourists to Qatar, including big names such as St. Regis, W., Park Hyatt, and Ritz Carlton." In the future, 112 hotels are under development.

Several other hotel and resort projects are expected to be launched in new areas that exploit the local environment, as Qatar hosts the 2022 World Cup and prepares to host football fans from all over the world. Popular trips in the vast Qatar Valley. Camel riding is one of the most prominent tourist attractions in Qatar. It is known that each desert resembles the other in Qatar, each characterized by different terrain. The south-west of Doha is rich in sand dunes that spring from slippery grains on the slopes, which make the sound echo for many miles, while the west coast is characterized by huge formations of limestone rock.

One of the most exciting places to see the demand for camel travel is the Khor, or the so-called "Inland Sea", or Khor al-Udeid, a UNESCO-recognized site, south of the city, one of the few places in the world where the sea crosses into the desert. Visitors can make a delightful desert safari trip over the sand dunes to this accessible location by SUVs.

Desert adventures are a favorite Gulf and Qatari pastime, with visitors enjoying camping trips in the morning, the evening, or overnight through one of the many companies running Bedouin-style camps (with all the conveniences) in the desert. 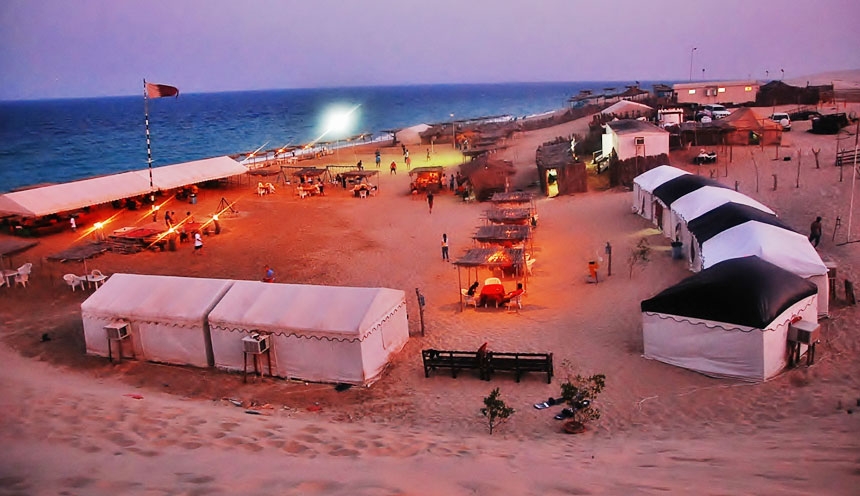 Kishta is a land or sea picnic, a tradition in the Gulf States that consists of literature councils where poems containing rulings and advice are recited. The poems tell stories, genealogies, and the biographies of Arabs, which revive in souls their morals and their utopias.

Burning fire is considered an essential part of the diaspora, and is not linked to lighting or warmth, but rather to the place where friends and family gather around it to walk and exchange conversation and to cook Qatari coffee, which expresses hospitality. The "Dallah" in its distinctive form has become a symbol of hospitality and generosity, grinding fresh coffee and then adding the hull to it, and performing in small cups that the guest would take with his right hand, the host continues to pour coffee so that the guest can point his satisfaction by moving the cup gently and left.

Qatar seeks to optimize its tourism production by attracting 5.3 million tourists by 2023 and achieving a 72% occupancy rate in hotel facilities by increasing demand and diversifying the country's tourism accommodation options. 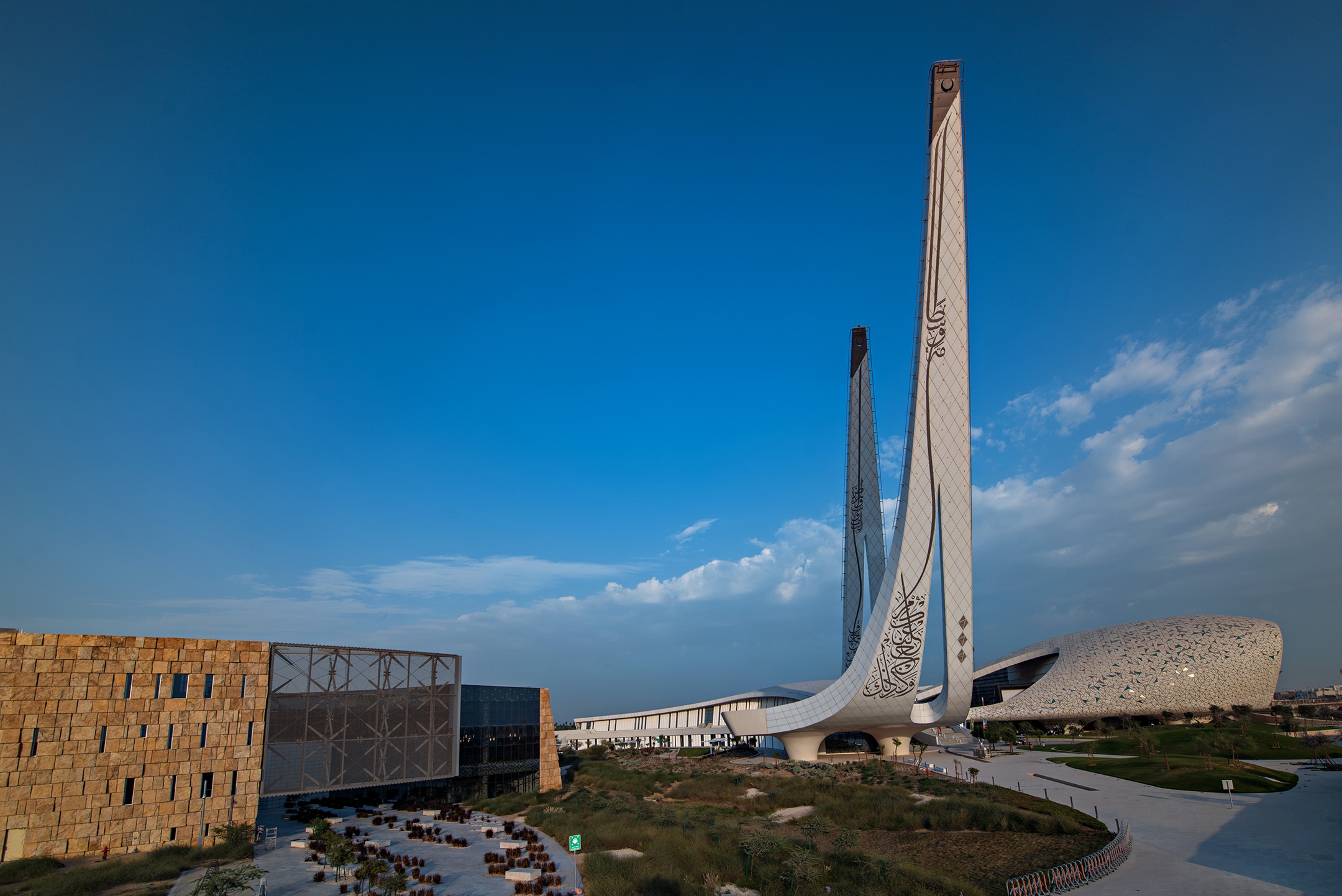 On the other hand, international travel agency reports confirmed that Qatar enjoys a number of tourist sites, foremost among them is the Museum of Islamic Art, which was designed by famous architect I.M. M. with any symbol of the State of Qatar. The museum draws its influence from Islamic architecture. The building consists of limestone that reflects the changes in light and converts it into multiple shades that vary as the daylight hours progress. Engineering patterns of the Muslim world decorate the museum's space and show the enormity of the building from within.

"Situated in the Lake West Gulf, the Katara Cultural District is also a microcosm of the Middle East and North Africa, and while mimicking the Arab and Islamic architectural model, it reflects the rich diversity of the most delicious dishes and dishes that characterize different countries." Katara also hosts the Opera House and Marble Theater, as well as art exhibitions, stores, and the headquarters of many social clubs. Doha is one of the most iconic landmarks in Qatar, with a large beach. It is considered one of the largest projects in Qatar, with multiple cultural dimensions. It is located 60 kilometers away from Doha in the southeast of the country and is one of the most wonderful natural wonders in Qatar. It is also called the "Inland Sea"