A helipad on West Bay, the Spice Market at Souq Waqif, and other popular tourist attractions in Qatar are all featured in the music video shoot sketch that follows Jungkook.

The newest member of the well-known band BTS is also shown enthralled with a falcon he encountered at Souq Waqif while between takes, taking a picture with the bird while successfully holding it in his hand.

The video was posted by BTS's official YouTube account and features commentary and quotations from the performer.

During the recording of the video, Jungkook said: "Qatar appears to be quite wonderful. Obviously, it was a little too warm for me, but it was still quite cool and lovely."

"And if you have the opportunity, I hope you visit Qatar and create some lasting experiences. I hope that this video would aid in World Cup promotion "he added. 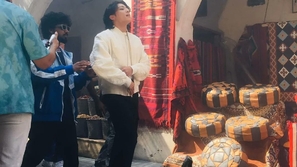 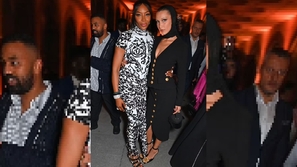 In addition, Jungkook praised the supporters he received during his brief stay in Qatar.

"ARMY showed up to the set and gave me a lot of support. The chance for me to see them is so uncommon, "BTS's newest member stated.

The other ARMY who received the news and are rooting for me from a distance were also thanked, Jungkook said. "I'm really grateful to the Qatari ARMY who came to cheer for me," he continued.

The newest member of the South Korean band BTS traveled to Qatar in October to shoot the vibrant and entertaining four-minute clip.

The singer may be seen dancing in the streets and perched high atop helipads in several portions of the video. The camera pans across numerous perspectives of the skyline, beaches, and other breathtaking panoramas throughout the nation.

The song debuted at No. 1 on the iTunes Top Songs charts in at least 102 different countries just 13 hours after its release, including the eight largest music markets in the world: the United States, the United Kingdom, Japan, France, Canada, Australia, and Germany.